Bartenders slinging craft cocktails and chefs growing their own seasonal ingredients have primed our city for the next wave of locally made goods: Independent designers, artisans, and creator —collectively described as “makers”—are filling studios and workshops across Denver and cranking out beautiful, practical, handmade products. This craft revolution is right at home in the Mile High City, where it’s easier—and hipper—than ever to buy local goods. Need an introduction? We tracked down 10 of the city’s finest craftspeople. Their handmade products—ranging from handsome wood furniture to all-natural soaps—are proof the “small-batch” label isn’t just relegated to the kitchen anymore. 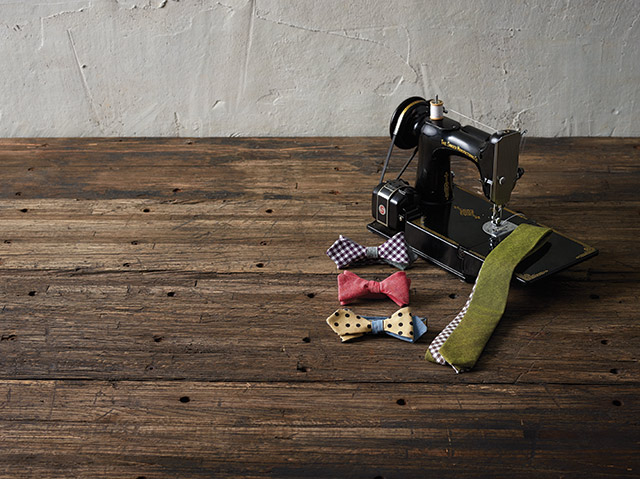 On a small table in his dining room, Hugh Hartigan gently sets out a series of neckties, bow ties, and pocket squares. The pieces are impressive for their thoughtful color combinations and fine finishes—and because each one was sewn by Hartigan, 25, or his business partner and friend, Chris Reynders, 24. “They’re little pieces of art to me,” says Hartigan, who majored in studio arts and psychology at the University of Colorado Boulder.

A self-described fashion aficionado (he got his first tailored Armani jacket when he was just four years old), Hartigan was planning on a career in law; instead, after taking apart an old Christmas tie one year to figure out how it was made, he decided he could do better. His mom lent him her grandmother’s two Singer sewing machines, and Hartigan set about teaching himself to design and sew ties. He invited Reynders to help, and HIM Clothing was born in March 2013.

Nearly two years later, the company has a fair amount of inventory: The Vitruvian series shows off bold, custom-designed patterns printed on organic cotton, made for the guy who’s a little more sartorially daring (hello, icy blue houndstooth). The Essentials line—which will appeal to men with a more minimalist personal style—is made from cotton fabrics in muted solids, ginghams, and polka-dot prints. Bow ties start at $30, neckties at $50. “We think there’s something for every man,” Hartigan says—at everyman prices, to boot. 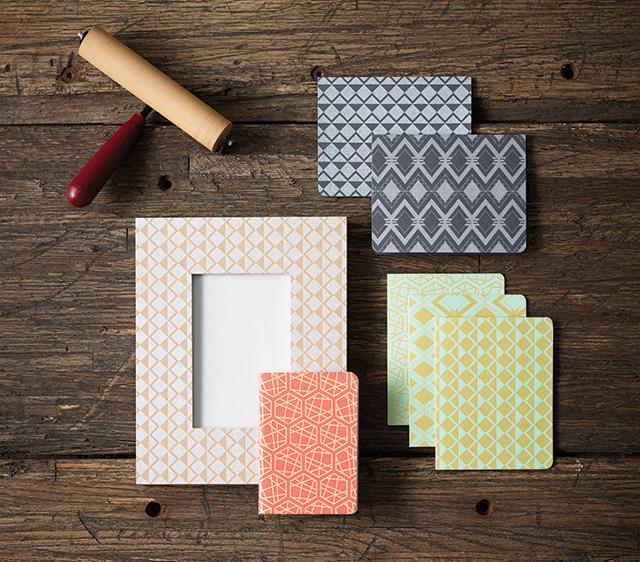 Lizzie Greco was one of those clever kids who grew up but never left the coloring books too far behind. “I’ve been obsessed with pattern and color my whole life,” says the 29-year-old behind Craftbelly’s geometric papers. That’s not exactly surprising: Greco’s eye-catching designs are obviously the work of someone who has considered the happy interplay of colors and shapes for a long time.

Greco’s love affair with handmade papers began in Chicago, where she worked after college in a mom-and-pop stationery shop. “Everyone there had side jobs, making stationery or illustrations, and the shop owners encouraged them to sell what they made,” she says. Greco used the inventory of handmade Japanese and Indian decorative papers to cover wooden frames, which she sold in the store. “When someone wants something you made, it’s addicting,” she says.

It’s become a habit she still can’t break: Last year, just before moving to Colorado, Greco put her graphic design degree to use by developing her own line. Her playful and sophisticated patterns are screen-printed on eco-friendly paper from French Paper Company in Michigan; Greco then sells them as wrapping paper (from $4.50) or transforms them into journals ($4 and up), stationery ($12 for a six-pack), and frames (starting at $36). “From the beginning, it’s been about making, about using my hands to create,” she says. Lucky for Denver, those creative impulses will continue with her plan to introduce wallpaper, to be sold at local shops, later this year. 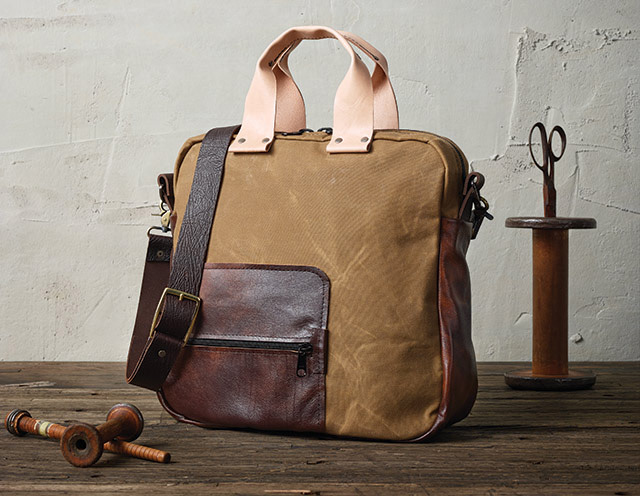 Ryan Valentich was walking his dog in Capitol Hill seven years ago when he came across a leather jacket hanging on a dumpster. “It felt valuable, like it shouldn’t just be thrown away,” Ryan says. “So I took it home and made it into a purse.” (You may reasonably ask, “Who does that?” The answer: a guy who has long had a passion for creating. “I was the kid who made those hippie juggling sticks in junior high and sold them to friends,” he says.) His wife, Jill, loved the bohemian handbag, and thus began the journey to launch their eponymous company.

Today Ryan, who is entirely self-taught, designs and stitches handsome backpacks, messenger bags, totes, dopp kits, and more on an enormous Juki industrial sewing machine in his Baker studio. The 33-year-old’s fabric of choice is durable and rugged made-in-America waxed canvas; leather and synthetic Cordura also make appearances. “Waxed canvas has this Americana aura going for it,” he says. “It becomes like your favorite pair of jeans. You break it in and make it yours.” Backpacks (in a range of neutrals, some with welcome bands of color) are the company’s best sellers, and for good reason: The packs, which start at $125, show off smart design—with ample pockets and wings that fold under the top flap to keep out rain and snow—and comfortable, contoured straps.

“We make bags in a place where people are obsessed with their bags and packs,” says Jill, 32, who handles the other necessary elements of growing a small business, including marketing, website design, and bookkeeping. “That we’re part of that culture and people respond to our bags—it’s wild.”

“If you put me on an island, I would hope I wouldn’t be voted off first,” Ryan Dirksen jokes. “I can cook, and I can build.” The 43-year-old is probably right about his reality TV prospects: The former chef gave up his toque about a decade ago after an attempt to buy his own restaurant fell through. Loath to cook in someone else’s kitchen, he turned to his hobby—furniture-making.

Dirksen’s venture, Where Wood Meets Steel, is a custom furniture shop in Globeville that produces sleek, modern pieces for commercial and residential clients. Using steel, wood—much of it from city trees that must be felled—and a range of begging-to-be-touched finishes, Dirksen and his three-man crew build chairs, tables, shelves, beds, benches, counters, and just about anything else they can dream up (with some design help from Dirksen’s wife, Marina Chotzinoff).

No matter the product, for Dirksen, it usually starts with the wood. “After you stare at a slab for months, it tells you how to design with it,” he says, pointing to an amoeba-shaped hunk of black walnut. “Why cut this into short, square boards when this shape is so interesting?” If only more furniture makers would ask the same question. 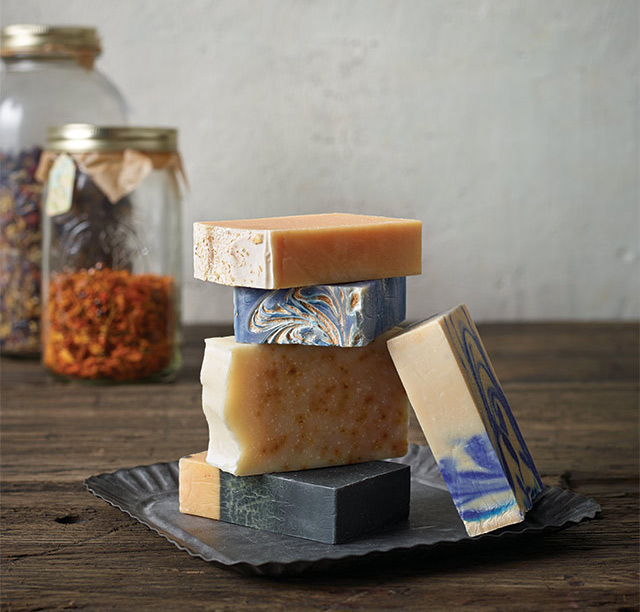 Before Etsy made crafting cool, Laurie Teason, 57, was whipping up batches of luscious handmade bath and body products in her home workshop. “Finances were tight, and I loved to cook,” she says. “I figured that if I could follow a recipe to make a cake, why couldn’t I follow a recipe to make soap?” Fifteen years later, her passion hasn’t subsided—and neither has her customers’.

Demand is driven, in part, by Teason’s devotion to high-quality ingredients: A recipe of organic extra-virgin olive oil, organic coconut oil, organic cocoa butter, and unrefined, fair-trade shea butter forms the foundation of her soaps ($6 each). She enhances them with essential oils, spices, and herbs—or, on occasion, beer. Seriously: Among her clients is MillerCoors, for whom she crafts a private-label custom soap—available at the brewery’s gift shop—that combines Blue Moon with coriander and orange. She also blends the Brown Palace Hotel and Spa’s line of soaps and lip balms from the venue’s own beehives. Add to this sudsy business a line of luxury bath items—with tantalizing names like Candy Bath Melts and Bath Bomb Fizzies—and your shopping cart will quickly spill over with products ideal for moisture-rich soaks in Colorado’s dry climate. Teason sees it as a no-fail business model. As she so aptly quips: “There will always be dirty people.” 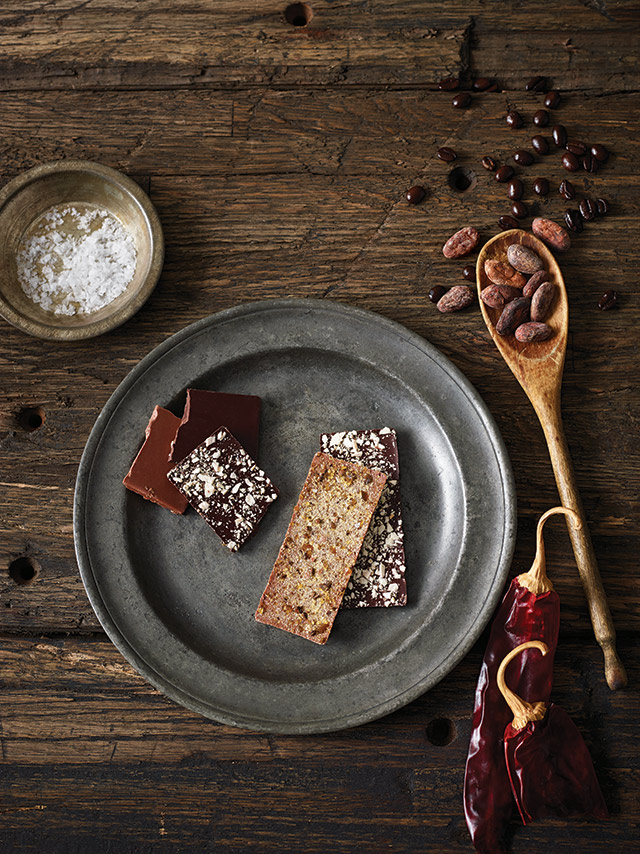 “Tastemaker” takes on a delicious new meaning with friends and business partners Damaris Graves and Katelyn Fox, founders of Dead Dog Chocolate. The pair’s products are rustic and robust, akin to the styles developed for centuries in Mexico, where Graves’ mom is from.

To get the sweets just right, the duo stone-grinds cacao beans into a less refined chocolate than the European version and then whips up satisfying—but not overly cloying—flavor mixtures. The cornerstone of Dead Dog is a series of six bars ($3.50 each). Highlights include the spicy Mexican bar, made with almonds, guajillo chiles, and Ceylon cinnamon, and the Puffed Amaranth bar, in which the grain is candied with Colorado wildflower honey and sprinkled atop 65 percent dark chocolate for a grown-up take on Nestlé Crunch. “We try not to overcomplicate our flavors,” Graves, 27, says. “But we want people to taste how interesting and different chocolate can be from the standard options.” Six cacao-infused teas, cacao nibs, and the ever-popular Mexican drinking chocolate round out the offerings.

And what of that quirky name? “My old roommates had a dog named Scout,” says Fox, 27. “We always had chocolate on us, so we’d say, ‘Keep it away from Scout so he doesn’t become a dead dog.’ It just stuck.” (For the record, Scout is alive and well.) As something of an homage, the company adds a small disclaimer to most of its packaging: “For human consumption only.” 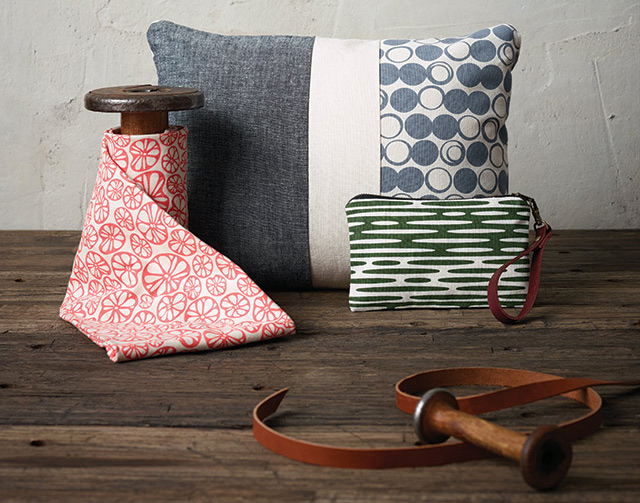 When Helen Peterson opened her email inbox in the spring of last year to find a request for her modernist textiles and home decor products from a buyer at mega-retailer West Elm, she thought it was a joke. Fans of her three-year-old company were less surprised. Peterson’s textile designs are fresh takes on midcentury and Scandinavian design sensibilities—both red-hot among style aficionados. The graphic patterns and brilliant colors feel right at home in all but the fussiest living rooms.

Peterson’s skill might be genetic. For many years, her grandmother owned a fabric store in the United Kingdom, and Peterson, now 37, grew up watching her mother sew. In high school art class, she began printing textiles, which led her to study textile design in college. “I think it’s just in me, this tendency to see patterns in the world and then translate them to a simple design,” Peterson says. “I can’t resist.”

Neither can we. Cloth & Ink’s collection includes pillows, lampshades, purses, bags, and scarves. Each piece begins with a photograph of nature, elements of which Peterson uses to create a watercolor painting before screen-printing the design on an organic, fair-trade cotton-hemp blend sourced from Colorado Springs. Then she cuts and sews the products in her basement workshop. “I just love the whole process. I know the whole story behind where each of my products comes from,” she says. “It’s a gift.” All it needs is a bow.