John Brisben Walker should have fired his real estate agent. The original owner of the land where Red Rocks Amphitheatre sits handed over the world’s only outdoor venue with perfect acoustics—which celebrates its 75th anniversary this season—for a paltry $54,155, or roughly $750,000 in today’s dollars. There are scrapes in Wash Park that cost as much. But even more surprising than the bargain price the city paid for what was once considered sacred ground by the Ute tribe (and still is today by Avett Brothers fans everywhere) are the shenanigans that have ensued onstage—and off—in the decades since.

Red Rocks’ penchant for wild weather has resulted in some particularly memorable performances, like the time gale-force winds and rain forced ZZ Top to play with their backs to the audience—until the deluge short-circuited the band’s gear. Or when, after a wet start to the 2015 concert season, the hindquarter of a deer washed down onto a north-side stairway during a Tedeschi Trucks Band concert. And then, of course, there was the recent March storm that blasted Red Rocks with 20 inches of snow, forcing organizers to call off the Easter sunrise service, a tradition since 1947. A few brave skiers, though, rejoiced in the once-in-a-decade opportunity to make turns down the rows. 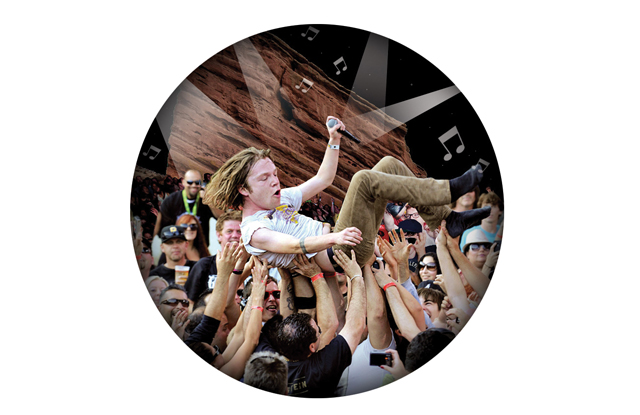 We’re pretty sure Matthew Shultz, the lead singer of Cage the Elephant, didn’t plan to crowd-surf up all 70 rows during his show last year, but we’re glad he did. The Beatles, on the other hand, did think ahead. In 1964, the heartthrobs from Liverpool requested O2 canisters so they could belt out “A Hard Day’s Night” for all the fans sitting in the back row. Concertgoers, mostly teenage girls, ponied up $6.60 for the less-than-half-hour show—the only U.S. stop on the group’s first world tour that wasn’t a sellout. And Darius Rucker’s solo debut at Red Rocks almost didn’t happen at all. Before his 2013 show, a beehive had to be removed from the stage area the day after­—yep—a Sting concert. 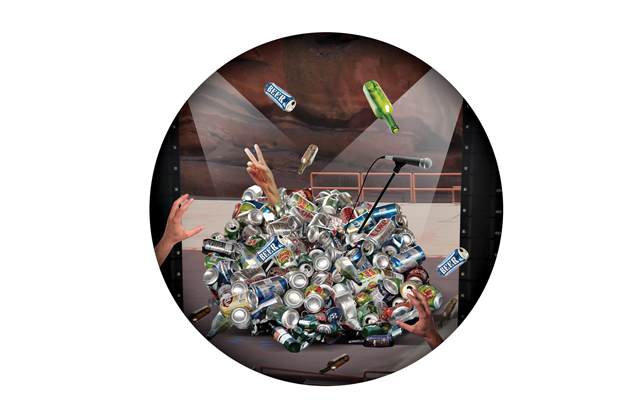 Throughout the 1960s and ’70s Red Rocks fans were anything but well-behaved. In 1964 a surly crowd hurled beer bottles at Peter, Paul, and Mary, leading the Denver City Council to yank alcohol privileges. The prohibition, though, didn’t stop a 1968 crowd from rushing the stage and destroying a piano when Aretha Franklin refused to play after a contract dispute. The punishment: a one-year ban on rock shows. The resumption of the genre was short-lived. In 1971, police used tear gas on more than 1,000 people who rioted after showing up to a sold-out Jethro Tull concert without tickets. The repeat offenses led to a four-year ban on rock music. The U.S. Circuit Court eventually overruled the ban as a violation of First Amendment rights.