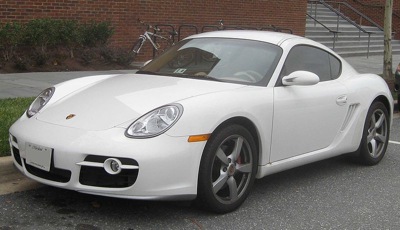 Footnoted has discovered an “interesting new disclosure about Porsche” tucked deep within a financial filing. The German car-maker is suing Crocs, the Niwot-based shoe manufacturer, over the use of the name Cayman. Back in May, Crocs Europe B.V. received a letter from Porsche claiming that Crocs’ Cayman shoe model infringes upon their trademark for the car of the same name.

Crocs Europe was ordered to “immediately cease and desist,” and in July the company received an injunction notice, although it is hard to see how people could confuse the slow-moving rubbery Crocs sandal that sells for $29.99 for the zippy Porsche Cayman, which goes for $51,000.

Crocs plans a vigorous defense, and as Footnoted theorizes, “it’s got to be an expensive distraction for Crocs, which had to find a law firm in Germany to represent its interests.”

Chris Weiss of MotorCrave chimes in: “Porsche has helped to draw an analogy between its car and a pair of $30 foam slippers. Nice job Porsche.”