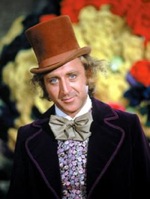 There are few people in the world who would seriously argue that junk food and soda pop are good for you. But the question, as far as Bill Ritter’s critics are concerned, is whether people ought to pay higher taxes for them. The governor isn’t alone. Several states are considering the idea, which would put sweets in the same category as sin items like liquor and cigarettes.

For Ritter, the proposed higher cost for candy and soda is a matter of eliminating a sales-tax exemption, not creating a new tax. Doing so would generate $17.9 million and help ease budget cuts to schools, writes The Denver Post.

But critics, such as Jon Caldara, president of the libertarian-minded Independence Institute, are none too pleased: “I think the governor needs to sit down and watch Willy Wonka a couple of times and stop being such a buzz kill.”

Yet, such criticisms seem to be the least of the governor’s problems. Ritter is attempting more than $1 billion in budget-balancing maneuvers, and the “candy and soda” tax is just one of more than $130 million in proposed temporary eliminations of tax exemptions, notes the Denver Business Journal. Among others, Ritter has also proposed suspending an exemption for industrial and manufacturing energy use, which could reap $48 million. Critics say the cuts will hurt Colorado’s economy.