When my friend Alyssa was diagnosed with Celiac disease, a hereditary autoimmune disorder that makes sufferers gluten intolerant, 12 years ago, it was a devastating a blow. Not only did the diagnosis force her to give up any products that include wheat, barley, and rye, such as breads, pastas, and baked goods, but she also had to forego one of her favorite alcoholic beverages—beer.

“Not being able to drink beer was the worst thing about it,” Alyssa says. “The other things, not a big deal, but I cried over beer.” Luckily, as Celiac disease and other gluten intolerances have been more frequently diagnosed, Colorado’s breweries have taken notice. Now, our state offers many sudsy options when it comes to gluten-friendly beers and breweries.

But first, a short chemistry lesson: To make beer truly gluten-free, wheat, barley, and rye (three common components) cannot be used. Brewers instead substitute non-gluten grains such as sorghum, rice, millet, or buckwheat. However, brewers can also make “gluten-reduced” beers by introducing an enzyme during the brewing process that hydrolyzes (breaks down) gluten and removes most, but not all, of the protein. According to the U.S. standard, beer must contain less than 20 parts per million of gluten in order to be deemed “gluten-free,” but the Alcohol and Tobacco Tax & Trade Bureau has determined that “there is currently no valid test to verify the gluten content of the fermented product.” So, while some people may be able to tolerate traces of the protein in gluten-reduced beers, it’s important for drinkers with Celiac to know the difference between gluten-free and gluten-reduced beers.

Few brewers make gluten-free beer because of the Food and Drug Administration’s (FDA) strict guidelines for labeling, testing, and marketing such beers, which add to the production time and cost. The process for making gluten-reduced beers is less stringent, so many breweries around Denver offer at least one brew for that segment of our beer-drinking population.

Here’s where to go to get both gluten-free and gluten-reduced beers in Denver and beyond:

Owner and founder Mike Plungis started home brewing gluten-free beers after his wife was diagnosed with Celiac and one of his sons was found to have a gluten sensitivity. When his gluten-free beer, Blonde Annie, won a gold medal at the 2011 GABF, he knew he was on to something. Now at his Lakewood-based brewery, he creates a variety of gluten-free beers using sorghum, along with gluten-reduced and regular beers.

When Pedro Gonzalez was diagnosed with Celiac disease in 2003, he thought he would never be able to drink beer again. That initial disappointment led him to co-found New Planet Brewery in 2009, with a focus on brewing 100 percent gluten-free beers. The brewery has since expanded its offerings to include gluten-reduced beers for those who want to drink “regular” beer, while decreasing their gluten intake.

This new brewery in Golden specializes in gluten-free beers brewed by cancer survivor-turned-brewer Karen Hertz. Holidaily is the first dedicated gluten-free brewery in Colorado, and just the fifth in the entire country. It currently offers seven gluten-free beers at its taproom (seasonals and other brews are coming soon), but you can also find Holidaily at restaurants, bars, and liquor stores throughout the metro area (find a list of retailers here).

BREWERIES WITH GLUTEN-FREE AND REDUCED BEERS 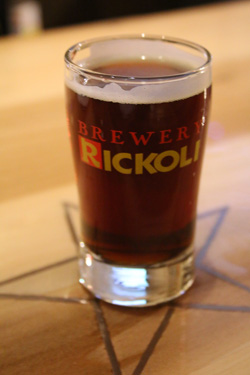 This innovative brewery is best known for being small. It uses what’s called a Keggle system, which means they literally brew one keg at a time. The brewery has won awards not only for its tasty beers, but in 2014, the brewery received a loan through Samuel Adams’ “Brewing the American Dream” small brewery program. Something else that makes this company unique is founder and head brewer Rick Abitbol’s insistence that beer be available to everyone, so all the brewery’s beers are gluten-reduced.

Co-founder Sarah Howat says that there’s usually at least one, sometimes two, gluten-reduced beers on tap at this Denver-based brewery, which is rotated for variety. Be sure to mention gluten preferences before ordering to make sure you’re getting a gluten-reduced beer. 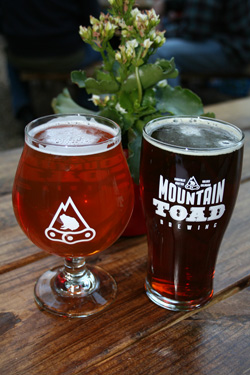 Founder Thad Briggs says all the beers offered at Mountain Toad are gluten-reduced, except for their White Ranch Wit, as they use the Clarity Ferm product to clarify their beers. According to Briggs, using Clarity Ferm doesn’t change the integrity of the beers because they still brew them the same way. The results, however, make for some gluten-friendly brews.

Bonus: New Belgium Brewing Company in Fort Collins will begin selling six-pack bottles of two new gluten-reduced beers across the Front Range next month. The Glütiny Golden Ale and Glütiny Pale Ale are said to contain less than 10 parts per million of gluten, well below the U.S. standard, and the brewery tests each batch rigorously to insure this low gluten content.