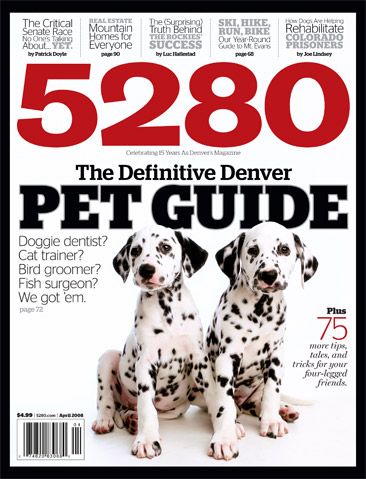 Step 1
Get some real-world experience

Schaffer In his mid-20s, Schaffer ran a small Fort Collins marketing business after graduating from the University of Dayton. More recently, he’s served as the vice president of business development for Aspect Energy, an energy and mining investment corporation.

Step 2
Get some political experience

Schaffer He was selected to fill a state Senate seat in 1987 at just 25 years old, making him the youngest state senator in Colorado history. He held that seat for nine years. In 1994, Schaffer ran for lieutenant governor on Bruce Benson’s losing Republican ticket. In 1996, he was elected 4th District congressman and served for three terms.

Udall In 1996, Udall ran his first political race, winning a seat in Colorado’s General Assembly. Two years later, he raised his sights and narrowly defeated Bob Greenlee, the former Republican mayor of Boulder, to become Colorado’s representative for the 2nd Congressional District. Udall has been reelected four times by wide margins in the Democrat-dominated district.

Schaffer The 4th Congressional District—home to Colorado’s northeastern plains and northern Front Range cities like Fort Collins and Greeley—has been a Republican highway to the United States Senate for nearly two decades. Wayne Allard followed Hank Brown’s path from the CO-4 to the Senate, and now Schaffer’s attempting to do the same, despite having failed in his 2004 primary against Pete Coors. A Schaffer win would raise a question: Is Marilyn Musgrave on deck?

Udall The Udall clan boasts a long line of Western politicians: In 1880, Mark’s great-grandfather David King Udall started a Mormon settlement in Arizona at the behest of Brigham Young and became a representative for the territory. Future generations followed David K.’s example of public service: Mark’s father, Mo, served 30 years as an Arizona congressman and ran for president in 1976, while Mark’s uncle, Stewart, was also a congressman and served as Secretary of the Interior for the Kennedy and Johnson administrations. Mark’s generation is equally as ambitious: His cousin Tom Udall, a Democratic congressman, is aiming for New Mexico’s open Senate seat, and another cousin, Gordon Smith, is already a Senator (albeit a Republican one) seeking reelection in Oregon. If the three Udall cousins win their respective elections, they’d control 3 percent of the U.S. Senate.

Schaffer Lionized as a man of uncompromising ideals, Schaffer honored his three-term pledge for Congress, despite wide popularity in the 4th District. At the time, he said he needed to honor the pledge to as an example for his children.

Udall Colorado’s trending Democratic. In 2003, the Republicans controlled the governor’s mansion, both Senate seats, a majority of the congressional seats, and both state houses. Since then, the Democrats flipped those majorities, and in the past two statewide races Ken Salazar and Bill Ritter crushed their Republican opposition.

Schaffer In 2004, Pete Coors slammed Schaffer for “padding his resume.” His campaign materials had claimed Schaffer was a “director” of the Greenwood Federal Savings Bank, a nonexistent bank. He later clarified that he was a board member of a holding company that was considering starting a bank.

Udall Because he represents Boulder, Udall will inevitably will be pegged as a “Boulder liberal,” despite actually living in Eldorado Springs. At one point, he supported creating a U.S. Department of Peace; he later changed his mind.

Schaffer In 2004, he looked like the Republican Party favorite and had the support of both Governor Bill Owens and former Senator Bill Armstrong. Other Republican Party leaders, however, worried that Schaffer was too conservative to beat the moderate Democrat Ken Salazar, and found their own horse: beer magnate and rookie politician Pete Coors. Governor Owens switched his support to Coors, who went on to trounce Schaffer in a bruising Republican primary, 61 percent to 39 percent. Coors would go on to lose the general election.

Udall In 2004, Udall declared he’d be running for Ben Nighthorse Campbell’s unoccupied seat. He was in the race for one day before party leaders convinced him to bow out to allow Attorney General Ken Salazar an easy victory in the Democratic primary. Salazar later defeated Coors in the general election.

Schaffer For this election, Schaffer told party leaders he’d run only if he was unopposed in the Republican primary. Under an obscure party law called “Rule 11,” Republicans can clear the field for one candidate with the signature of the state party chair and the two state Republican National Committee members. And, it just so happens that one of the RNC guys was named “Bob Schaffer.” He declared in May 2007.

Udall In March 2005, more than three and half years before the November 2008 election, Udall announced he’d be challenging Wayne Allard for the Senate seat. Allard later dropped out, citing the two-term pledge he made in 1996.

Step 8
Move to the middle

Schaffer In recent months, Schaffer has labeled himself a “mainstream Republican” in the mold of John McCain. It’s a smart move: John McCain is the Republican presidential nominee, and Colorado voters have avoided extremist candidates recently. Despite Schaffer’s self-proclaimed label, however, the Voteview project at the University of California-San Diego found that, based on his votes in the 107th Congress (his last term), he was the sixth most conservative member of the House of Representatives, out of 443 members.

Udall In the past few years, Udall has taken more centrist stands. He was part of a bi- partisan effort to convince the Bush administration to adopt the Iraq Study Group guidelines, and has partnered with Republican Marilyn Musgrave in opposing the expansion of Fort Carson into Pinon Canyon. According to the Voteview project at the University of California-San Diego, in 2002 Udall was the 25th most liberal member of the House of Representatives; in 2007, he was the 182nd most liberal (out of 437 members).

Schaffer At press time, Schaffer has raised $4.4 million and has $1.5 million on hand.

Step 10
Finally, keep your eyes on the polls

Schaffer In a February poll of likely voters, Schaffer was in a statistical tie with Udall, 44 percent to 43. Will this bode well for Schaffer, who’s been running for less than a year and has spent far less on his campaign?

Udall Udall may have a trump card come November: 43 percent of the state’s independents favor him, compared to 32 percent for Schaffer.