CASE STUDY: Back in Action On July 16, 2011—about halfway into the Colorado Rapids’

MLS Cup–defending season—leading scorer Conor Casey tore his Achilles tendon. The rare injury ended Casey’s season. Here’s how he’s returning to playing form. Conor Casey laid chest-down on a medical exam table deep inside Seattle’s CenturyLink Field. Pain stabbed his left ankle as his feet dangled off the back of the table. Casey, the Colorado Rapids’ star striker, couldn’t see what the doctor was looking at, but the feeling in his gut told him something was seriously wrong. 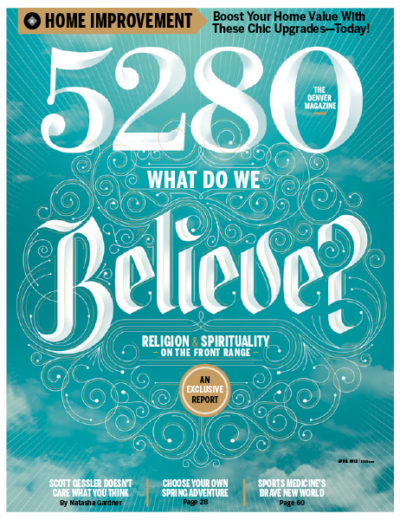 Minutes earlier, Casey had been on the field. The score was tied at 1, and halftime was approaching. The Rapids earned a throw-in, and the ball was played to Casey, who cradled it off his chest. He strode forward to meet the ball as it hit the ground. Then, in an instant, he collapsed.

In the trainer’s room, Casey explained to the Rapids’ head athletic trainer, Jaime Rojas, that someone had kicked him in the back of the leg—hard. But as the two men watched the play on tape, they realized that Casey had gone down untouched. As he moved forward to trap the ball off his chest, the closest defender was a few feet away. Rojas wrapped Casey’s ankle and gave him a pair of crutches, and Casey traveled with the team back to Colorado. Days later, an MRI confirmed that he had ruptured his Achilles tendon. Rojas waited about a week for the swelling around Casey’s ankle to subside and scheduled surgery. The Rapids’ team doctor, Wayne Gersoff, successfully repaired the tendon, which connects the calf muscle to the heel bone, and Casey and Rojas started rehab. »

The first eight weeks of rehab were the most difficult for Casey. He couldn’t move his ankle for two or three days after surgery, and his lower leg felt like it was disconnected from his body. Casey tore his ACL earlier in his career, but this already seemed more difficult. “Not being able to walk was the big thing,” Casey says. “I didn’t realize I’d be on crutches for those first three months. With an ACL, you’re doing things almost from day one.”

Rojas’ two immediate concerns were managing Casey’s pain (he received shots to numb his leg) and reducing swelling around the injury (Casey alternated between hot and cold tubs). Then, Rojas focused on returning range of motion to Casey’s ankle. They started simple: Casey would slowly tilt his toes toward his chest and rotate his ankle side to side. Even those simple movements helped keep his muscles from atrophying.

“The sooner we can get an injury moving,” Rojas says, “the better the recovery.” When he wasn’t working his ankle, Casey wore a boot with a heel lift—the high angle helped his Achilles tendon heal. The lift was lowered gradually until Casey was comfortable flat-footed. Rojas also started Casey on upper-body strength work.

By month three, Casey ditched his crutches and had full range of motion in his ankle. Rojas now focused on strengthening Casey’s leg and helping him regain his normal stride. They used a Thera-Band—essentially a giant rubber band—to add resistance to Casey’s ankle exercises and graduated to working with weights. This part of rehab can be frustrating: “You make some progress, and it plateaus, then you make some more progress, and it plateaus,” Rojas says. “It can get depressing.”

Having already been through the experience of rehabilitating his ACL, Casey was prepared mentally for the peaks and valleys. He started to work on conditioning (low-impact exercises like cycling and swimming), an important part of the recovery process. Once an athlete is physically healthy, Rojas says, you want to make sure they’re ready to step on the field—if they don’t work on their cardio, they’re more likely to reinjure themselves.

The last few months of rehab are all about “getting a soccer player back to playing professional soccer,” Rojas says. He and Casey started with light jogging for five or 10 minutes and then increased the length and pace of the runs. For the first time in months, Casey broke a good sweat and kicked a soccer ball. “It’s nice after being idle for so long,” Casey says. “Just messing around a little and hitting a ball is a great feeling.” Rojas had Casey jump rope and run side-to-side shuffle drills. He mixed in yoga and work on a balance board to help Casey’s balance. On the field, Casey started dribbling and passing.

As his work turned more aggressive, Casey felt pain in his abdomen. He was diagnosed with a sports hernia at the beginning of February, about seven months into his rehab—a setback, but not a major one. Casey had laparoscopic surgery and was back working with Rojas after just five days. As Casey nears the nine-month mark in his rehab, Rojas is focused on integrating Casey into team drills and making sure he’s fit to play 90 minutes. “Some sports you can put a player in and limit time,” Rojas says. “I don’t have that option.” Rojas has been pleased with Casey’s progress—he’s on track to miss only a couple of games this season. Which, if you ask Casey, is a few too many. “It’s hard because I’m anxious and I want to come back,” Casey says, “but I know I have to wait ’til I’m 100 percent.”

A look at some of the recent sports- medicine research that’s been done—and is being done—by University of Colorado scientists.

RESEARCH: In a study published in the January/February 2011 issue of the journal Sports Health, researchers concluded that patients, especially younger patients, had an increased risk of tearing an ACL graft after reconstruction if the tissue came from another person or a cadaver. The conclusion: Use autograft when possible.

THE ISSUE: Is surgery the only/best way of treating rotator-cuff injuries?

BACKGROUND: Rotator cuff injuries are common among athletes, especially pitchers; the injury can also happen during falls. Surgery to repair a rotator-cuff tear results in a long and painful rehabilitation process.

RESEARCH: At the American Academy of Orthopaedic Surgeons’ annual meeting last year, a group of researchers presented a study in which they concluded that most patients with rotator-cuff tears can be treated with physical therapy instead of surgery.

THE ISSUE: How can you rebuild damaged knee cartilage?

BACKGROUND: Cartilage, which acts as a sort of cushion between joints, often becomes damaged or torn in athletes. Because cartilage doesn’t have a blood supply, it doesn’t heal.

RESEARCH: The Anseth Research Group at CU, headed by Dr. Kristi Anseth, is studying the use of “hydrogels” in cartilage repair. These gels, which act as a “scaffold,” are mixed with healthy cartilage and then reinjected into the patient’s knee, speeding the growth of the healthy connective tissue. The hydrogel is biodegradable and eventually dissolves.

How the University of Colorado’s Human Performance Laboratory is changing the way we think about endurance training—and chronic diseases like Type II diabetes.

When it comes to obesity in America, “epidemic” is a word that gets thrown around a lot. Get used to it. “We’re getting to the point where parents are going to outlive their children,” says Dr. Iñigo San Millán. “Or they might live as long, but with very high morbidity. And the primary reason for that is physical inactivity and poor nutrition.”

San Millán would know. As director of the University of Colorado’s Human Performance Lab (which became part of the new Colorado Center for Health and Wellness last month), he’s been working for the past three years on applying the lessons he and his team have learned from studying the physiology of elite endurance athletes to that of everyday people, including weekend warriors and those suffering from obesity and diseases like Type II diabetes.

The Human Performance Lab opened in 2009 on the premise that if ordinary people—anyone can use the lab—have access to the kind of scientific analysis and data professional athletes take for granted, they’d perform better in their marathons, century bike rides, or half Ironmans.

The lab starts with what it calls a “comprehensive physiological and metabolic test,” which includes an assessment of maximal oxygen consumption, lactate threshold and lactate metabolism, fat and carbohydrate metabolism during exercise, metabolic efficiency, and body composition. (The test costs $250—similar to the cost of an online coach or training program—and is not covered by insurance.) Based on the metrics from the testing, the lab can design an individualized exercise program, which includes nutrition tips.

San Millán, who’s worked with some of the top endurance athletes in the world, including Boulder’s Garmin-Barracuda Pro Cycling Team, is pretty sure he can help you set your personal record in your next marathon or triathlon. But it’s the application of the research on how endurance athletes’ bodies work against health issues like obesity that excites him. “Endurance athletes have no metabolic diseases, like Type II diabetes,” he says. “What we’ll be doing at the Center for Health and Wellness is looking at what they’re doing and using that in a preventative way, without drugs, for regular people. There are very few places like this in the country—or the world.”

Platelet-rich plasma injections are generating big buzz in the sports medicine world and among pro athletes. But does the procedure really work?

WHAT IS IT? Platelet-rich plasma therapy, or PRP, is a simple concept and procedure in which a patient’s blood is removed and spun in a centrifuge to isolate the platelet-rich plasma. (Platelets help stimulate tissue recovery.) The PRP is then injected back into the injured area (say, an elbow with tendinitis) and theoretically speeds up the recovery process.

WHAT’S THE RESEARCH SAY? Although one study showed a benefit from PRP in treating tennis elbow, critics of the study argued the methodology was flawed. Other studies thus far have come to contradictory conclusions.

SO DOES IT ACTUALLY WORK? Despite evidence that it works in some cases and testimonials from celebrity athletes, orthopedists still aren’t convinced that PRP actually works. It may work; it may not. But it’s much less expensive than surgery, and thus far it appears that there are few or no risks associated with the procedure. As Dr. Marc Philippon—managing partner of the Steadman Clinic in Vail—and his co-authors wrote in a consensus paper for the International Olympic Committee, published in the British Journal of Sports Medicine two years ago: “The final recommendation of this consensus group would be to proceed with caution in the use of PRP in athletic sporting injuries. We believe more work on the basic science needs to be undertaken, and greater rigour should be implemented in developing robust clinical trials to demonstrate the ef?cacy or otherwise of PRP.”

How the anti-gravity AlterG treadmill can make you better, faster.