In the fashion world, if you wait long enough, what once was cool will be again one day (prime examples: tapered jeans, knee-high boots, and tweed jackets). And so it is with snowsports. This season, three throwback mountain activities are back in vogue, giving you fresh ways to get your winter-recreation endorphin fix. That neon one-piece snowsuit in the attic, though? It can stay right where it is. 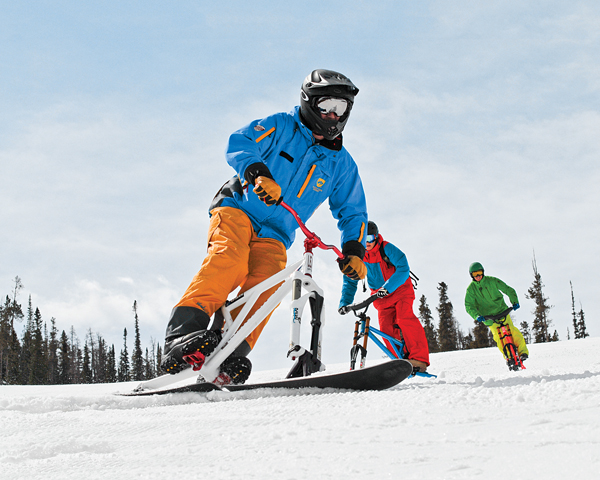 Nearly a century ago, in the Austrian Alps, cyclists refused to let the snow keep them from their two-wheeled modes of transit. The fix: a half-bike, half-skis wooden contraption made for cruising mountain slopes. The ski-bike hopped the pond in the 1970s, but even today there are only three U.S. manufacturers, and Fort Lupton’s Lenz Sport is one of them. In 1997, founder Devin Lenz crafted an aluminum bike frame with two skis that act as the wheels, and today, the 25- to 30-pound hybrids are gaining traction. Seven Colorado resorts—Beaver Creek, Breckenridge, Crested Butte, Durango, Keystone, Vail, and Winter Park—now offer ski-bike rentals and lessons. 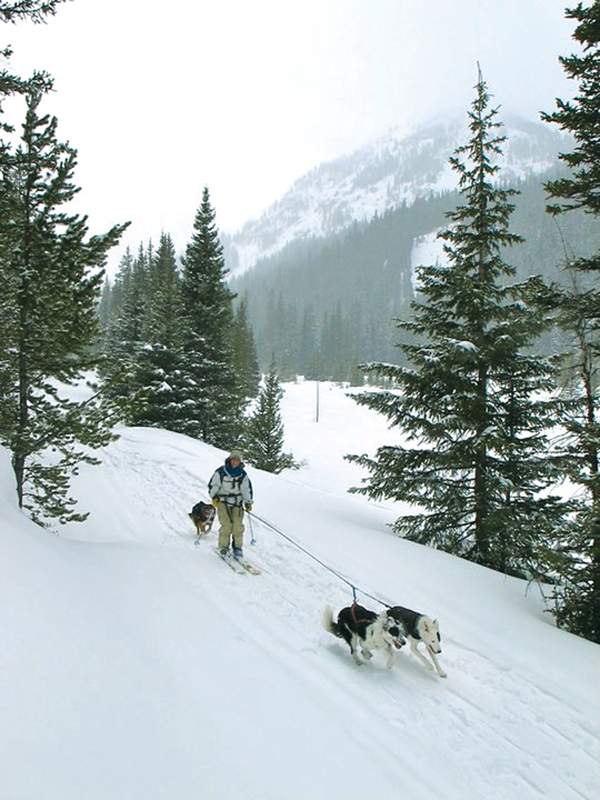 Consider skijoring Norwegian for “ski-driving.” Dreamed up in Scandinavia several centuries ago as a form of transportation, canine skijoring makes man’s best friend the motor, with a skier connected via harnesses and a tow rope. Working as a team, as many as three dogs—a year or older and weighing at least 30 pounds—pull Nordic skiers, clocking speeds up to 20 miles per hour. Breckenridge Nordic Center, Crested Butte Nordic Center, and Devil’s Thumb Ranch all host Nordic skiing routes that welcome canines. In fact, about 10 percent of the nearly 80 miles of trails at Tabernash’s Devil’s Thumb Ranch are dog-friendly. Remember, it’s BYOD (bring your own dog).

Go to skijoring school with private instructor Louisa Morrissey, who teaches across the state (two-hour group lessons from $45). skijornmore.com 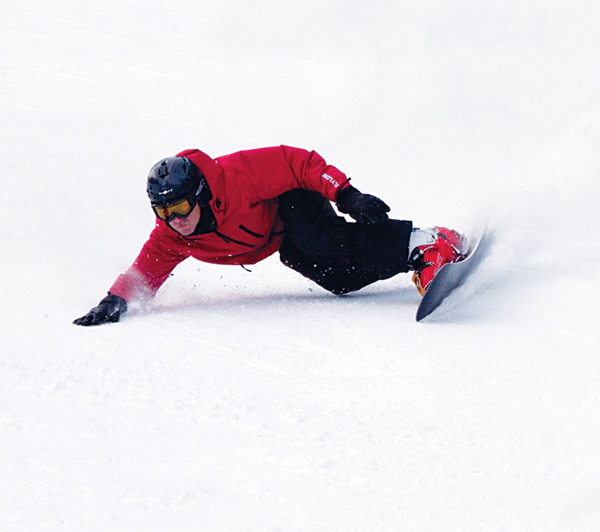 When the first Burton skiing-inspired plastic snowboard boots hit the market in the early 1990s, riders were more interested in speed than hucking tricks off ramps. A few years later, though, the focus became big air, which meant boarders no longer needed the restrictive footwear required to dig deep on the board’s edges. Alpine snowboarding, also known as hard-booting, receded into the background. But like all things ’80s, it’s coming back. Thanks to a small but devoted clan of hard-booting revivers, Silverthorne’s Bomber Industries, the only place in the country where you can buy the gear, has increased production of bindings and accessories by 17 percent since 2010.

Get an introduction during Bomber’s hard-boot convention (February 7 to 13) with demos and free clinics at Buttermilk, Snowmass, Aspen Highlands, and Aspen Mountain. bomberonline.com