With one graceful movement, a pizzaiolo at Pizzeria Locale pulls a hand-formed crust from the fiery oven. Circular and covered in red sauce and bubbling cheese, it looks like a typical Neapolitan-style pizza. And by all accounts it is—except for the crust. The yeasty flatbread is nutty-tasting and hearty, and its flavors mingle with the toppings instead of disappearing altogether. It might seem like a small difference, but these details represent a major shift.

Pizzeria Locale, the local fast-casual restaurant partially owned by Chipotle, debuted its new whole-wheat dough in October. At the time, co-owners Bobby Stuckey and Lachlan Mackinnon-Patterson (both of the award-winning Frasca Food and Wine) explained how staffers ground hard white spring wheat in a tabletop mill before adding yeast, water, and salt and letting the mixture rest and ferment longer than the eatery’s original recipe. There was a public “dough cutting,” in which a strand stretched nearly a dozen employees long was snipped with giant red scissors. The symbolism was unmistakable: The fanfare not only marked the opening of Pizzeria Locale’s second Denver location in Highland (and a slow march toward more) but also the severing of old ways. This dough wasn’t just about pizza; it was the beginning of a new culinary movement.

One evening about a year ago, Chipotle founder Steve Ells had dinner at the renowned Blue Hill at Stone Barns in New York state. The restaurant is co-owned by executive chef Dan Barber, who is widely considered an academic, pioneering chef rooted in the canon of good farming practices. In 2009, he was named one of Time magazine’s 100 most influential people. During dinner, Barber brought out a loaf of bread made with freshly ground “Barber wheat,” a variety, he explained, that was milled on-site. Ells tasted a slice—it was exquisite and wholesome.

Barber told Ells that Stephen Jones at the Bread Lab at Washington State University in Mount Vernon had developed and grown this variety of wheat. Soon thereafter, Ells paid Jones—who founded the Bread Lab as a think tank and laboratory dedicated to wheat breeding and craft baking in 2011—a visit. Over the course of a year, Ells visited the lab four times and tasted many different varieties of wheat. There, Ells came across a noncommercial grain—without the typical whole-wheat taste—that could be grown and milled on a scale large enough to be served in his restaurants. On one trip, he brought Pizzeria Locale’s Stuckey and Mackinnon-Patterson with him. Part of the plan was to restore both flavor and nutrition to pizza crust through the use of a hearty wheat. “White flour has no nutrition,” Ells says. “But if wheat is stone-ground and has a long fermentation, you’re making
nutrition available.” 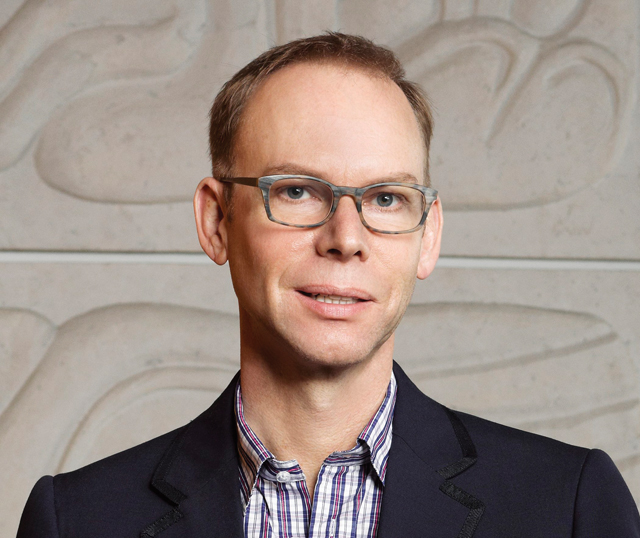 The impetus for all of this is Chipotle’s larger mission of “food with integrity.” When Ells—a chef trained at the Culinary Institute of America—opened his first burrito shop in Denver in 1993, he didn’t so much bend the fast-food model. He crushed it. His idea was that fast food could be good food; it could be fresh and cooked in front of the customer using classic techniques.

But as time passed, serving freshly prepared food wasn’t enough for Ells. He felt a responsibility to feed people better, which meant he needed to know the origins of his ingredients. “[The emphasis became] finding the tastiest ingredients but also the most nutritious and respectful of the environment, the animal, the farmer, and the rural landscape,” Ells says. In 1999, Chipotle began sourcing pork from farmers who raise their hogs outdoors, feed them vegetarian diets, and shun the use of antibiotics. Two years later, the company began serving antibiotic-free poultry. Next it was naturally raised beef, and eventually organic beans, cilantro, and peppers. Now Chipotle has its sights set
on wheat.

“Wheat is a significant culinary domino to fall,” Stuckey says. “Flour is the same at Per Se [the world-renowned Thomas Keller restaurant] as it is at Hostess.” Today, according to Barber’s book, The Third Plate, more than 70 percent of the wheat grown in developing countries—and the majority of wheat in the United States—is from one plant variety. And this ubiquitous grain becomes flour that has virtually no flavor or nutrition at all.

Before the mid-1950s, this was not the case: There were thousands of strands of wheat grown throughout the world, and each was nutritionally dense and had a sense of “terroir,” a taste unique to the place it was grown. But not every wheat prospered—a quality desperately needed as the global population expanded and famine became an epidemic in India and Pakistan. American scientist Norman Borlaug developed a heartier, disease-resistant strain of wheat that, when grown with fertilizers, tripled yield. Borlaug’s grain was eventually planted the world over, and the Green Revolution—the beginning of commercial and chemical-dependent farming—began. Borlaug was hailed as a hero, and in 1970, he received the Nobel Peace Prize for saving millions
from starvation.

By the time Borlaug’s wheat found its way into the ground, milling practices—the system of grinding wheat to make flour—had changed. The once time-consuming process of stone-grinding the entire wheat kernel (and thus, using the whole seed and retaining its tremendous health benefits) became industrialized. The roller mill, in addition to being significantly faster, had the ability to shear open the wheat seed and separate it into parts: The whitest parts (the endosperm) became flavorless white flour, while the brown parts (the nutritionally dense bran and germ) were sifted out. White flour became prized for its pure color.

“Ninety-nine point nine percent of wheat goes through a roller mill,” says the Bread Lab’s Jones. “The bran and germ is where all the good stuff is, but the vast majority goes to animal feed.” So-called whole-wheat flour simply has some of the healthy stuff mixed back in. “Even in a funky, groovy craft bakery, it’s still 80 to 90 percent white flour,” Jones says. That’s what makes the wheat used in Pizzeria Locale’s dough so significant. The eatery found a true stone-milled, nutritionally dense whole wheat and completely reinvented its dough recipe, including changing the starter and hydration amount, the fermentation temperature, and the technique for balling the dough. Those changes are noble, but all of them still have to produce a delicious pizza. And there’s the rub: The flavor and texture of the new crust have become sources of intense customer debate. “It has to be incredible tasting,” Mackinnon-Patterson says. “There’s no platform if it’s just good for you.”

Chipotle doesn’t do anything on a small scale. Ells is using Pizzeria Locale as a testing ground. His next move is much bigger: He plans to work whole wheat into Chipotle’s flour tortillas. This is no small undertaking for a burrito chain that serves one million customers a day. 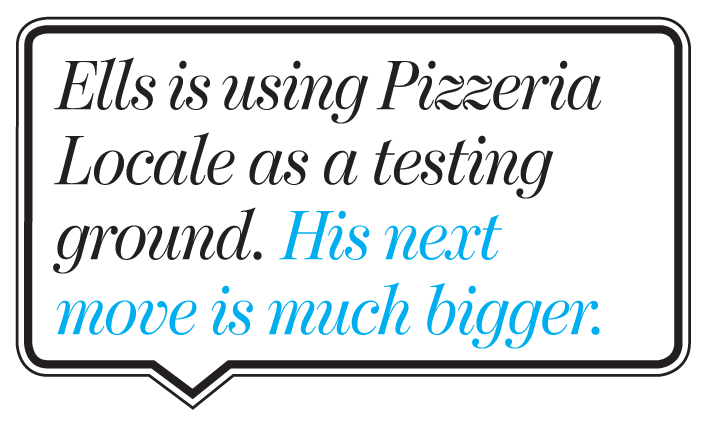 The wheat has been planted in Washington state and Oregon, and Chipotle’s seven tortilla bakeries are already working on perfecting a recipe. “The first step in working with Chipotle,” Jones says, “is being sure the product is to their exacting specifications. It needs to be 100 percent whole wheat, pliable, and delicious.” Ells hopes the tortillas will be ready to roll out in about a year. In order to ensure there’s enough wheat to feed the masses at all of Chipotle’s locations and at Pizzeria Locale, the company is looking to work with regional farmers to grow different, noncommercial varieties specifically suited to each area’s land and climate.

In the meantime, both of Pizzeria Locale’s fast-casual restaurants have made the shift to the whole-wheat crust, but the transition hasn’t been seamless. “We don’t for a minute think we’ve mastered [the dough],” Mackinnon-Patterson says. “We’ve been changing it and tweaking it constantly.” The public’s reaction has been mixed. Some diners like it, but others don’t, which has led Mackinnon-Patterson and the crew to recalibrate the flour in-house. At press time, they were looking at sifting in a high-grade white flour with flour from red winter wheat, which—although still extremely nutritious—has fewer tannins and a softer aftertaste than the previous wheat.

It will take time, possibly many months, to find the winning combination of flours, the necessary supply chain, and a taste and texture that earn customer approval. Pizzeria Locale and Chipotle are undeterred. “No matter what we do,” Mackinnon-Patterson says, “[the crust] will have an extraordinary amount of nutrition.”