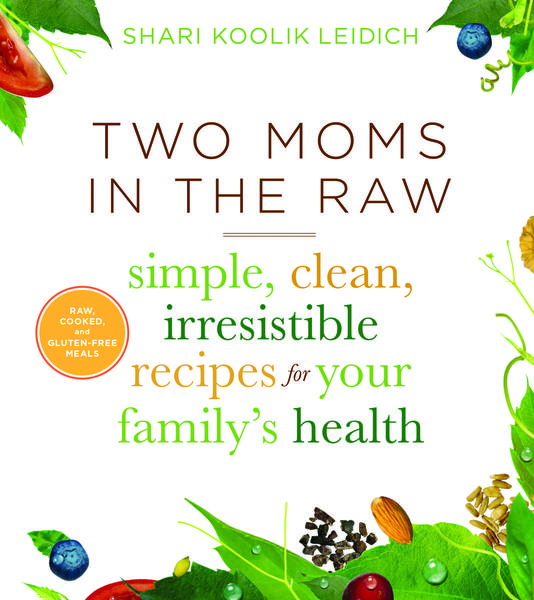 Lafayette resident Shari Koolik Leidich was living a busy life—until the morning she woke up with hands so stiff she could barely hold a pen. Extensive tests revealed Leidich had multiplesclerosis. She was 36.

Leidich took to the kitchen and discovered that, along with acupuncture and massage therapy, maintaining a mostly raw food diet helped keep her symptoms in check. When she couldn’t find crunchy, satisfying snack foods, she made them. Soon, friends and family were clamoring for Leidich’s granolas, sea crackers, and nut bars, and in 2006, she and her mother launched Two Moms in the Raw.

This month, nearly 10 years after the company’s inception, Leidich will release a cookbook (Houghton Mifflin Harcourt) filled with her favorite dishes. Consider it a flavorful take on clean, healthy eating. And here’s the kicker: Leidich doesn’t actually enjoy cooking, which means none of the 130-plus recipes requires hours spent toiling in the kitchen.

(Serves 4 to 6)
1 (2 ½ pounds) wild salmon, skin on, pin bones removed, rinsed, and patted dry
Fine sea salt and freshly ground black pepper
1?3 cup Grainy Mustard (recipe below)
2 tablespoons pure
maple syrup
½ cup walnuts, soaked and dehydrated, finely chopped
¼ cup fresh flat-leaf parsley, chopped, plus more for garnish
2 tablespoons flax meal
Preheat the oven to 400°. Line a roasting pan with parchment paper.
Place the salmon on the pan and season generously with salt and pepper.
In a small bowl, whisk together the mustard, maple syrup, and pepper to taste. In another bowl, toss the walnuts, parsley, and flax meal. Spread the mustard mixture evenly on the salmon, then pat the walnut mixture on top of the mustard layer.
Bake until the salmon is just cooked through, 17 to 18 minutes (bake for 3 to 4 more minutes if you prefer it well-done). Garnish with parsley and serve.

(Makes 1 cup)
¼ cup yellow
mustard seeds
¼ cup brown or black mustard seeds
1 cup unfiltered apple
cider vinegar
1 medium shallot, peeled
1 to 2 tablespoons water, or more as needed
Place the mustard seeds in a medium bowl and cover with the vinegar. Cover and refrigerate until the mustard seeds are fully plumped (24 hours). Transfer the seeds and vinegar to a blender, add the shallot, and blend, drizzling in water by the tablespoonful, until the mixture resembles store-bought grainy mustard—partly smooth but with some mustard seeds still intact. The mustard keeps indefinitely refrigerated in an airtight container.