The patch of land I’m looking for, sequestered behind a barbed-wire fence, is full of dirt, weeds, and rusted-out cars. The flies are relentless, and everything smells of oil and gas. What’s left of a trucking company sits maybe 50 yards away, with abandoned portions of big rigs parked haphazardly inside a beat-up garage. I must have seemed confused as I wandered the narrow roads in Trinidad, a small town an hour south of Pueblo near the New Mexico border, because a woman in a pickup stopped to ask if I needed help. I told her I was trying to find Drop City, a legendary Colorado artist commune. The woman motioned toward this weed patch. “It was right here,” she said. “The last structure collapsed a few years ago.”

Five decades earlier, this slice of earth was a goat pasture, almost as bleak and barren as the land today. But the views are spectacular—foothills and mesas line the horizon in every direction. In the middle of the 1960s a few idealistic young artists—Clark Richert of Denver and two friends, filmmaker Gene and artist JoAnn Bernofsky, students at the University of Kansas—visited the area and saw opportunity. Gene purchased the six-acre plot for $450, and they built livable domes out of railroad ties and discarded lumber from a nearby sawmill. The area quickly began to look like a sort of alien homestead.

At the time, the idea of a commune—a place where young artists would live off sales of their work and share a bank account to buy food and supplies—was new and exciting. The concept attracted those who identified with the blossoming ’60s counterculture. Prominent figures in the movement, including eventual Woodstock Nation members such as LSD guru Timothy Leary and the Doors’ Jim Morrison, ventured to this plot of land in Trinidad. What they found when they arrived was a utopia born from the zeitgeist of 1960s America—a place unlike anywhere else in Colorado.

By 1964, the year before Richert and his friends founded Drop City, the American hippie movement was beginning to coalesce. That year, President Lyndon B. Johnson signed the landmark Civil Rights Act into law; Bob Dylan delivered “The Times They Are A-Changin’,” which would become something of an anthem for a generation; and Ken Kesey and the Merry Pranksters embarked on a long, drug-fueled road trip in a psychedelically painted school bus, later chronicled by author Tom Wolfe in his book The Electric Kool-Aid Acid Test. Around the same time, Richert and Gene and JoAnn were finding their own creative ways to shock people.

In one display at the University of Kansas, Richert and Gene dropped painted rocks from a tall loft building onto the street below to gauge bystanders’ reactions. They called it “drop art.” Soon they expanded their displays into more elaborate experiments. Once they set up an entire breakfast on a Lawrence street—bacon, eggs, orange juice, plates, napkins, silverware—as if setting a table at a restaurant; then they left and observed from afar as people walked past looking confused by the display. As the ’60s wore on, the trio’s ideas continued to evolve. The Bernofskys had taken a trip to Africa and were inspired by the shapes of buildings and communal living. Richert had once visited an artist colony in Taos, New Mexico, and that trip stuck with him. A year later, in 1963, the three friends got back together and discussed their next project. “Their idea was to start a new civilization,” Richert says today. “My idea was an artist community.”

At the time, nobody had fully applied the concepts of Buckminster Fuller, the renowned architect who’d been preaching for years that geodesic domes could endure stress and harsh weather conditions more efficiently than old-fashioned rectangles with triangles on top. Richert had attended some of Fuller’s lectures at the University of Colorado. He thought Fuller’s domes would be a perfect fit for the encampment he’d been envisioning with his friends.

The group adopted the dome concept and created Drop City in Trinidad on May 3, 1965. “This was a revolutionary time,” says John Curl, a 74-year-old woodworker who moved to Trinidad from New York and wrote Memories of Drop City 40 years later. “You see the world the adults have created isn’t working. You have to throw all the old solutions out the window and come up with your own. That was not only the spirit of Drop City, but that idea was going around all over the country.”

The first Drop City dome was an attempt to copy a similar greenhouse structure Richert and his friends noticed one day while driving around Boulder. They took measurements and made a model out of straws and pipe cleaners. The “droppers,” as they called themselves, set out to construct the actual dome on their land. They were lucky to find they’d plotted their new community down the road from a sawmill. The artists scrounged two-by-fours, hauled the lumber back to Drop City, found other materials such as bottle caps and railroad ties, and began nailing the structures together.

Back then, Trinidad was a rural farming community. The town and its people, though, had a bit of a rebellious streak: Trinidad was 51 years removed from the Ludlow Massacre, in which guards from James D. Rockefeller Jr.’s coal company killed striking miners. And a progressive doctor had recently moved to town to specialize in sex-change procedures. Nevertheless, the residents regarded their new neighbors with bemusement. “The entire history of southern Colorado and northern New Mexico in the 20th century was countercultural,” says Joe Tarabino, a former teacher who recently helped curate an exhibit at Trinidad’s A.R. Mitchell Museum of Western Art devoted to the ’60s utopia. “Drop City was part of that.”

Drop City’s founders came to hate what they eventually referred to as the “H-word.” The Bernofskys refuse almost all interview requests (including one for this story), in part because newspapers and TV stations at the time dismissed the group as acid-dropping hippies, even though “drop” referred to their art and not substance use. “I’ll tell you, the main drug was coffee,” Richert says. Others, however, remember things differently. For many young itinerants, sex, drugs, and rock ‘n’ roll were inextricable parts of the scene. In his memoir, Curl recalls one Drop City resident declaring, “Everything’s different there. At Drop City you don’t have to work. You can do anything you want. Fuck around all day, get stoned.”

In addition to stoners, Drop City drew visionaries. Steve Baer, an Albuquerque builder who’d had similar ideas to those of Fuller, showed up with a concept for sturdier “zome” structures based on zonohedra geometry; he also had an idea to use junkyard car-tops for side panels. “These people were absolutely fearless about trying new ideas,” recalls Baer, who in 1969 founded Zomeworks Corp., which produced items such as solar water heaters and is still around today. “We kind of joined forces.” Drop City members eventually built 11 domes scattered around the Trinidad property. The structures were up to 40 feet wide and 22 feet tall. There was the Hole, a two-story dome with a dug-out basement, and the Complex, a social center with two bathrooms, laundry facilities, a film workshop, and a television for watching Mission: Impossible and Star Trek.

Eventually, though, the utopia grew beyond its founders’ control. They’d had a communal bank account, raising funds mostly by selling art projects, such as Richert’s widely shown “Ultimate Painting,” which Drop City’s artists built together using a motor to rotate the painting and a strobe light to make it especially cosmic. But somebody made off with the money, and the painting was later lost in a house fire. “A lot of the guys that were young had this sort of Animal House mentality,” says Richard Kallweit, a Connecticut artist who found his way to Drop City. 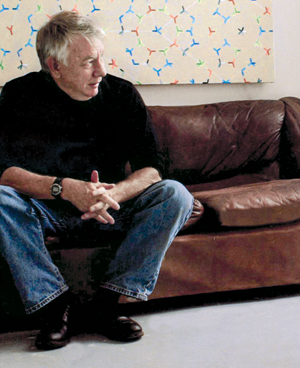 By 1967 the founders began to split, and Drop City puttered along before fizzling in the early 1970s. After Drop City disbanded, several residents moved to nearby Gardner and started another artist commune named Libre. (Gardner still has a thriving artist community.) Drop City’s founders eventually sold the land, a decision Richert says he still regrets. The plot became the site of A Blasi & Son Trucking & Earthmoving, which went out of business a few years ago.

Though the commune no longer exists, the spirit of Drop City’s old dome structures has endured. Baer’s “zome” ideas grew into a long-running toy company, Zome Tool, which specializes in constructing complex geometric shapes for modeling sets used by children and scientists. And the Buckminster Fuller Institute reports that more than 300,000 geodesic domes exist around the world, including African shelters and remote radar stations.

Fifty years later, Richert continues to draw inspiration from Drop City. An award-winning artist, he paints brightly colored acrylics with parallel lines, shadows, and multidimensional, rhombuslike shapes reminiscent of geodesic domes. He’s also working on an affordable “co-housing community” project for Denver artists. For the past 21 years, Richert has lived in a small home in Denver’s Highland neighborhood, a long way from the ideals and structures of the commune he founded so long ago. Drop City, however, will always be a part of his past that he’s proud to recall. “I regard Drop City,” Richert says, “as one of the best times in my life.”