“This is a really bad idea,” Nick Siracusa, owner of the Taqueria Pacifica food truck, says with a grin. It’s roughly halfway through Siracusa’s 15-hour day, which began at about midnight, right after his dinner shift as a waiter at Duo Restaurant ended. Siracusa, whose taco-mobile sports a fully functioning kitchen with a retractable sink, a nine-foot hood, and a vertical spit for tacos al pastor, lists the problems with food trucks: frequent mechanical breakdowns; being at the mercy of the weather; high fuel costs; and lack of sleep. “Everybody I know in this business, at a certain point of the day, they’re like, ‘Eff it,’?” he says. “Then
after the rush, they’re like, ‘That was awesome!’?” Despite the risks, Denver’s food truck movement has been going strong since 2010. And as Denverites have become more casual, on-the-go diners, the trucks have filled the need for a quick meal that’s worlds better than fast food. 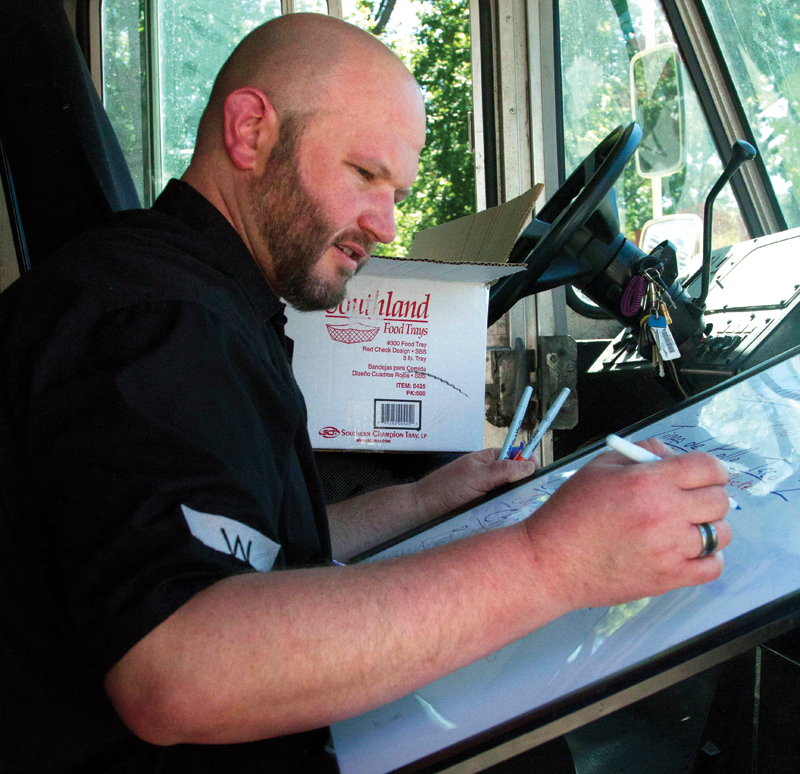 12:30 a.m. From about midnight to 8 a.m., Siracusa preps for lunch service at Civic Center Eats. “Baja food is light and fresh—lots of seafood, not a lot of cheese or heavy sauces.” A New Orleans native who’s been cooking for as long as he can remember, Siracusa developed a taste for Baja cuisine when he was a waiter in Laguna Beach, California. 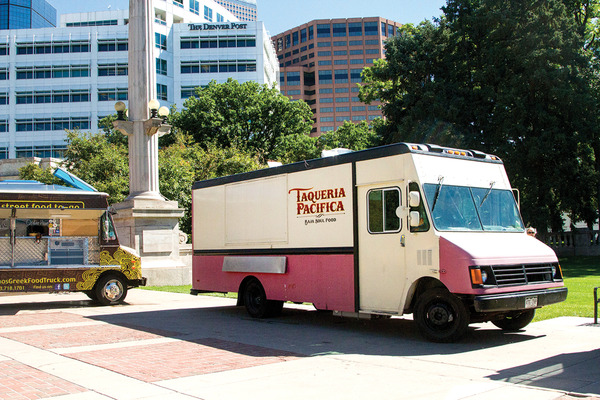 9:30 a.m. There are about 30 trucks at Civic Center Eats selling everything from arepas and Greek food to banh mi sandwiches and grass-fed burgers. In addition to the truck’s $465 seasonal fee, Siracusa pays out 10 percent of his gross sales to park his truck. (Brick-and-mortars usually aim to pay five to 10 percent of gross sales in rent.)

10:30 a.m. Siracusa preps for the lunch rush: He grills meat, fries chips, and makes a vegan special with jackfruit (“it shreds like carnitas”) and nondairy crema. 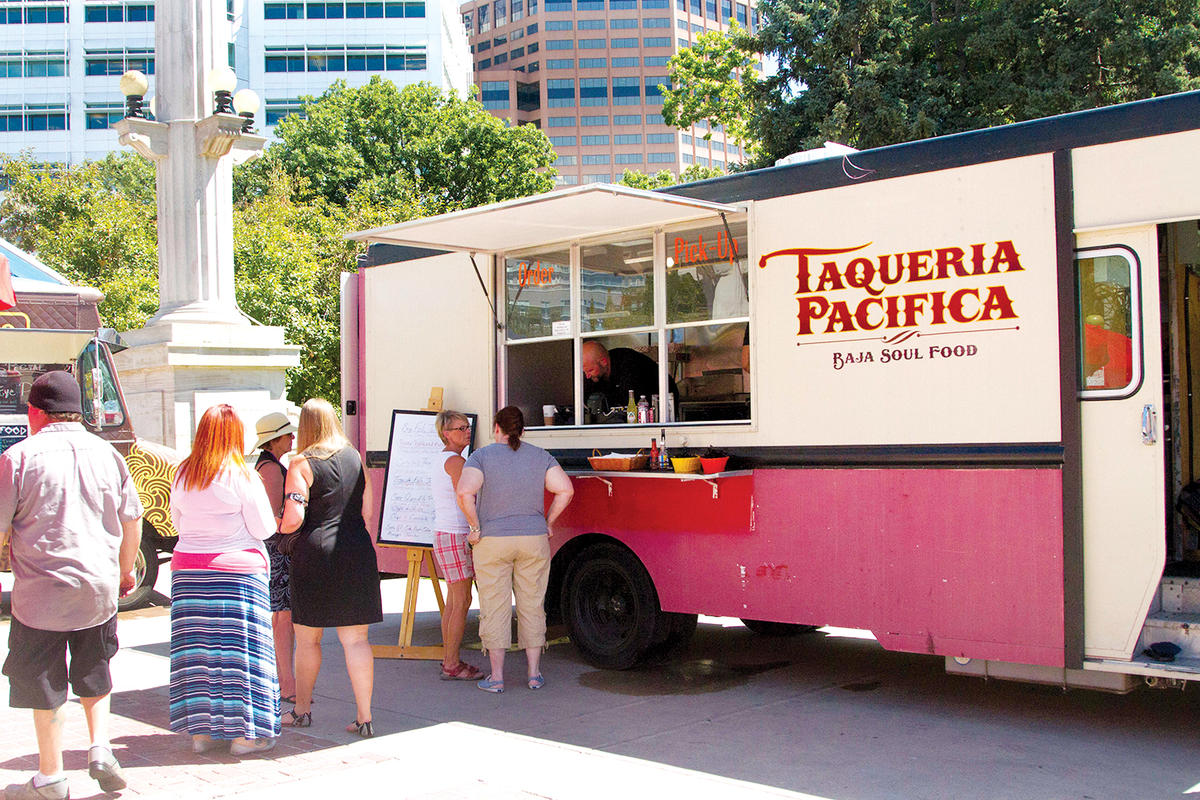 Noon Service runs from 10:45 a.m. to about 2:30 p.m. On a typical day, the line at Taqueria Pacifica is one of the longest in the park, with up to 25 people waiting at noon. With three cooks on the truck, ticket times average about six minutes each. 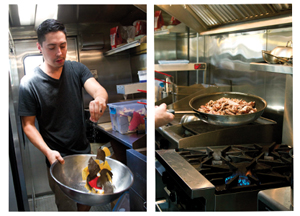 12:30 p.m. The top seller is a taco with fresh amberjack or mahi mahi fried in a batter made with flour, baking powder, mustard, oregano, vegetable stock, and Pabst Blue Ribbon. Siracusa serves the taco with shredded cabbage and radishes, roasted tomatillo sauce, and house-made crema for $3.25. 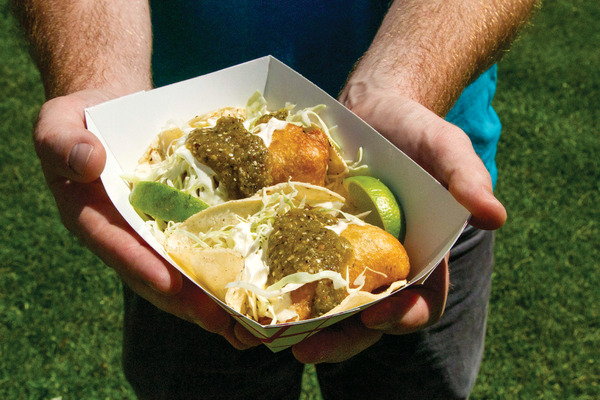 2:30 p.m. Siracusa recounts the day: 283 tacos, 875 tortillas, 16 pounds of inside skirt steak, 10 pounds of fresh amberjack, six cans of jackfruit, eight pounds of shrimp, and 10 pounds of pork butt sold off the truck. He went through a quarter-tank of gas and half a tank of propane. He also got a lead for a private party and a nice post on the truck’s Facebook page praising the vegan taco.

3:30 p.m. Time for a quick shower before Siracusa heads to Duo. He’ll catch up on sleep after his shift.