Pollsters suggest gun policy won’t be the most important issue of this year’s election (the economy will be), but it’s likely to be among the most divisive. That’s especially true in Colorado, a battleground state even before Shannon Watts—founder of Moms Demand Action for Gun Sense in America and one of the nation’s most prominent figures in the fight over guns—made the Centennial State home.

When a shooter killed 26 people at Sandy Hook Elementary School in 2012, Watts was neither an advocate nor a Coloradan. But she was angry. “I knew if I didn’t do something, I would be culpable next time,” says Watts, then a stay-at-home mother in the Indianapolis suburbs. The next day, Watts created a Facebook page that morphed into Moms Demand. Within a week, she was on the cover of USA Today. Now, Moms Demand is part of Everytown for Gun Safety, the largest gun-safety advocacy group in the country with more than 3 million supporters, including 80,000 in Colorado. (By comparison, the National Rifle Association claims over 4.5 million members.) 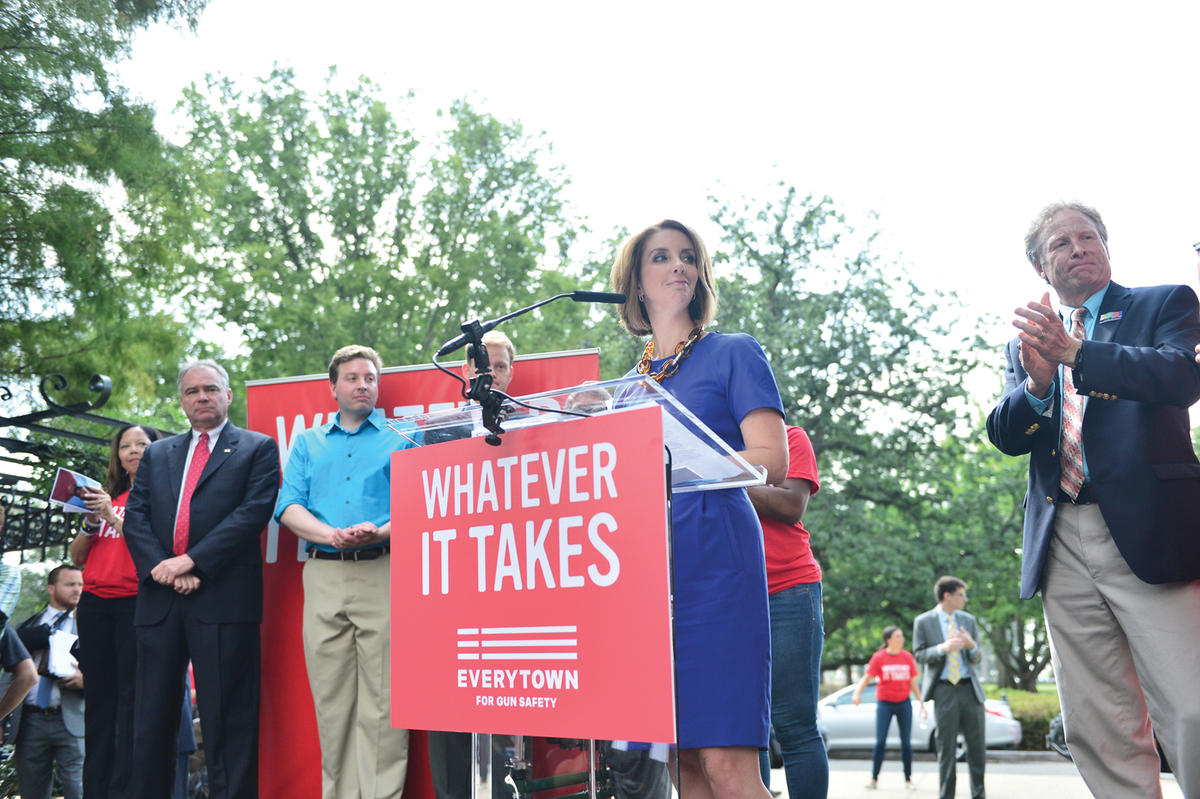 —Courtesy of Moms Demand Action for Gun Sense in America

This past December, Watts relocated to Boulder because she wanted a better lifestyle for her five kids. From her new home she commands a close-up view of the state’s complex relationship with firearms. “Here you have some of the strongest gun laws in the country and serious support for commonsense measures that promote a culture of responsible gun ownership,” says Watts, 45. “But you also have a history of deadly, high-profile shootings and some extreme opposition.” To wit: In response to the Aurora theater shooting (four years ago this month), Colorado lawmakers extended background checks to include all gun purchases and some transfers and barred high-capacity magazines. Six months later, voters recalled two state senators, both Democrats who supported the bills, and replaced them with Republicans who vowed to repeal the laws.

But before they could, Moms Demand opened a field office in Jefferson County that helped drive more than a million voters to the polls in 2014. Both recall-election senators lost to Democrats. That same year, Moms Demand crammed dozens of strollers into the Colorado Capitol to protest a bill to allow school employees to carry concealed handguns on the job. The bill failed.

Moms Demand’s grassroots power is a point of pride for the organization. As such, Watts (pictured above) believes the nonprofit has the best chance of realizing its goals in Colorado—including keeping background checks in place and fending off permitless-carry legislation—by simply showing up. So in the months before the November election, don’t be surprised to see the group out at events, like the Park Hill 4th of July Parade and Stapleton’s farmers’ market, or at City Council meetings. Although the organization is keeping its 2016 political maneuvers under wraps, it’s clear Watts and Moms Demand aren’t afraid of making a little noise.