The mural looms just outside of the Mission Ballroom in RiNo: a striking portrait of a young man wearing a beanie atop a tangle of wavy, brown hair. He’s superimposed upon a backdrop of mountains and flowers, and his eyes glean brightly while he flashes a toothy smile. In any given week, tens of thousands of concert-goers pass by the image; they pass beneath the gaze of CharlestheFirst.

Although Charles Ingalls may have called California’s Truckee home, the musician forged a lasting legacy in Denver. Going by the stage name CharlestheFirst, Ingalls specialized in bass music, and his signature electronic sound—low, throbbing frequencies interplayed with rich, ethereal melodies—could be heard during his frequent visits to perform at local venues big and small, from Cervantes’ Masterpiece Ballroom to Red Rocks Amphitheatre. In December 2021, Ingalls died during a tour stop in Nashville, Tennessee, from what a coroner determined to be an accidental overdose. Thousands amassed for the 25-year-old’s memorial concert at RiNo’s Mission Ballroom the following month—which was when the mural of him by artist Brittney Sundquist was unveiled.

Now, Ingalls’s family has launched CrownTheFoundation, a nonprofit that intends to build a nature retreat for musicians, complete with lodging, a room for healing practices, and a fully-equipped studio. “Once established,” the foundation’s website states, “the location will become a place for artists to take time off from the road, serve as a setting for a wide variety of workshops accessible to artists and members of the community, and ideally as a venue for small scale gatherings and events.”

Already, thousands of people have followed the foundation’s Instagram page since it launched on November 25—Ingalls’s birthday. And in a statement written by Ingalls’s mother and brothers, they say, “It’s hard to quantify the number of his fans who have reached out to say that his music saved their lives—not only during the pandemic, but before and after. It’s painfully ironic that the music he created had the power to heal and soothe so many, but that he had so much difficulty finding what he needed to heal himself.”

Serving as one of the foundation’s board members, Hunter Braymer—who also performs under the stage name Potions and co-founded a music and art collective along with Ingalls and Supertask called Lab Group—says that he feels similarly about the power of his late friend’s music. In an email to 5280, Braymer wrote, “In many ways, it is reductive to just see CharlestheFirst as a bass music artist or a dance music artist. Charles never tried to emulate what was popular or obvious. Instead, he would flip his inspirations on their head and sonically translate them into a world of his own making. His musical influences spanned far and wide. I am just as big of a fan and admirer of his music as everyone else. I will always listen to him and carry his influence with me.”

Here in Denver, which some claim is the “Bass Capital of the World,” yet another telling tribute is the number of Colorado musicians and industry veterans who count CharlestheFirst among their most important influences. Here are what some of them have to say: 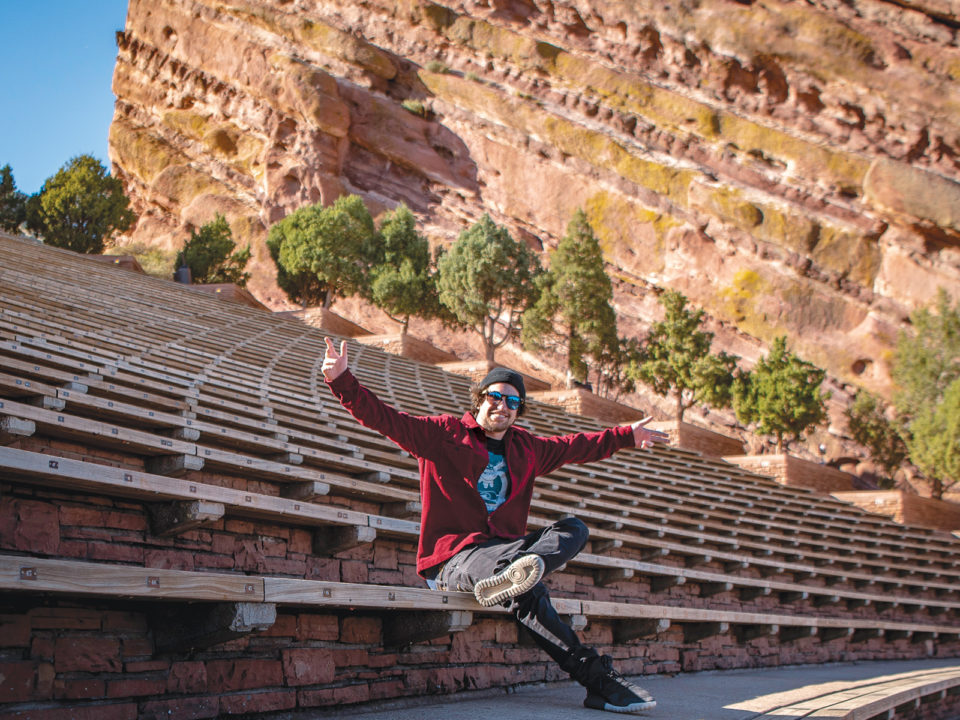 Photo by Seth Watrous aka @Shutterfinger

CloZee
DJ and producer, founder of Odyzey Music
I learn from his music all the time just by listening to it. He had such a unique way of creating his bass and drum sounds: They’re so bubbly and rounded. And his sound design work was both beautiful and powerful. We collaborated in 2016 [on a remix, and later on “The Mist,” a single], and I’m grateful to have toured with him that year; he was always doing amazing things.

Josh Teed
Producer and instrumentalist
Charles’ music to me always will be the pinnacle of emotionality through bass music. More often than not, I feel that bass music is geared toward getting that crowd reaction and going hard. Charles’ music opened a lot of minds to a whole other aspect of creativity and expression within the genre. The way he was able to transport a listener to a different place will stick with me for life.

Orenda
DJ and producer
When I first heard and saw Charles perform, in 2016 at a festival in California, I was blown away and knew that this was the kind of sound and story I wanted to tell through my own music. He proved that you could play soft, raw, and emotional music in a bass music set and it would be received well by even the biggest crowds. This is something no one really knew was possible. The sky was suddenly the limit for us all.

Scott Morrill
Owner of Cervantes, board member of CrownTheFoundation
I had the privilege of being his first promoter in Denver and we developed a great friendship. He was always lifting up his musician friends who were just getting started by making sure they were included on lineups. One story his agent told me: [Ingalls] requested his name be smaller on a festival poster, because he wanted to be the same size as everyone else, which I have never heard of anyone doing. His music will live on forever, but I think perhaps the biggest impression he left on others was his kindness.

To find out more about CrownTheFoundation or to donate, you can visit crownthefoundation.org.