As Carl Spackler (Bill Murray’s character in Caddyshack) discovered while caddying in Tibet, the Dalai Lama won’t make you rich—not with money, anyway. If you crave spiritual wealth, however, the revered Buddhist monk, who visits Boulder this month during the Festival of Tibet (October 20 and 21), will have you flush in no time. Unfortunately, the talks he’s giving at the University of Colorado Boulder are sold out. But don’t fret: In preparation for His Holiness’ arrival, we’ve found four Colorado happenings aligned with the Dalai Lama’s views to get you started on a path to enlightenment.

“It is our collective and individual responsibility to preserve and tend to the environment in which we all live.”

The Dalai Lama is a pragmatist when it comes to environmentalism, noting that going green isn’t a matter of ethics or morality but, rather, survival. So he’d no doubt approve of the Rocky Mountain Chapter of the Association of Energy Services Professionals’ Switch series—TED Talk–esque presentations from local experts who unveil ideas about how to make the energy industry more eco-friendly. The next edition occurs on October 22 at the eTown Hall in Boulder.

“I have done one thing that I think is a contribution: I helped Buddhist science and modern science combine.”

The Dalai Lama geeks out on science. You can, too, at the Colorado Springs Science Festival (October 3 to 11). The event attracted 15,000 people in 2014, and the Colorado Springs Science Center expects as many as 20,000 this year. You’ll find a Rubik’s Cube competition, a Cool Science Carnival Day at the University of Colorado Colorado Springs (75 to 85 activities that allow people to take science into their own hands), and the monthly Science on Tap series at Jack Quinn Irish Alehouse and Pub, where local scientists lead discussions about a variety of topics. 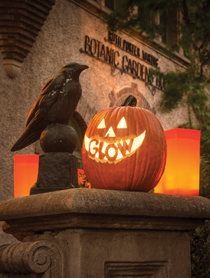 “Let us try to recognize the precious nature of each day.”

This is the Dalai Lama’s way of saying, “Stop and smell the roses.” And there’s no better spot for sniffing than the Denver Botanic Gardens, which debuts Glow at the Gardens this month (October 14, 21, and 28, 6 to 9 p.m.). Some 250 illuminated pumpkins will light its 24 acres, and face painting, pumpkin carving, and live music will keep the kids from trespassing on your inner peace. 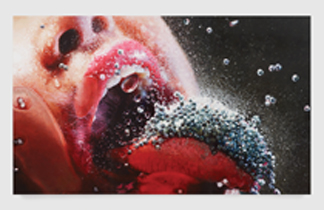 “Artists, like musicians, I feel, have a great responsibility to serve or to help to serve humanity.”

According to Vogue, artist Marilyn Minter’s work is “slick, steamy, soiled, smeared.” It’s also subversive—in a good way. Her images attack the notion that a woman’s beauty must be manufactured, either through cosmetics or Photoshop. The Museum of Contemporary Art Denver retrospective Marilyn Minter: Pretty/Dirty, on exhibit until January 31, 2016, might be jarring—but taking down cultural norms typically is.