The nearly 200,000 people who have moved to Denver in the past three years might find this hard to believe, but RiNo has not always been a cradle for small plates and craft beer. Around the turn of the last decade, the former industrial area hosted more empty warehouses and potholes than bistros and brews. And like many gritty urban centers, it was also home to pioneering artists willing to overlook the unsavory side of River North in favor of cheap rents.

That included the Ice Cube Gallery, an artists’ co-op that moved into the Dry Ice Factory when the developer—an artist named Matt Palmer—agreed to rent the space for an incredibly low price. As Denver’s population grew, though, so did development in the central RiNo neighborhood. High-end apartment buildings like Marq at RiNo sprouted, and River North Brewery debuted in 2012, followed nine months later by the Populist, one of RiNo’s first upscale restaurants. Today the RiNo Arts District boasts a bevy of luxury apartments, artisan breweries and eateries, and sleek offices. But it’s no longer the residence of the Ice Cube Gallery: Rent skyrocketed earlier this year, compelling the gallery to pack up its easels and move to Commerce City.

In short, Ice Cube joined Denver’s great gallery migration. Rising real estate prices are expelling creatives from the arts districts they founded to the edges of the metro area, where rent comes cheaper. Both Anthology Fine Art, formerly of the Art District on Santa Fe, and Hinterland, which opened in RiNo in 2008, have also been forced to flee their longtime spaces in recent months. Anthology was coming off its best year ever in 2015 when, in January, its landlord notified tenants that he had sold the gallery’s building. Anthology moved to Englewood, where it now sits across the street from a senior-living facility. Meanwhile, following the “Big Fat Hinterland Closing Party,” Hinterland’s owners will head west to Morrison. In early 2017, Hinterland’s former RiNo space will be torn down to make way for an apartment complex. 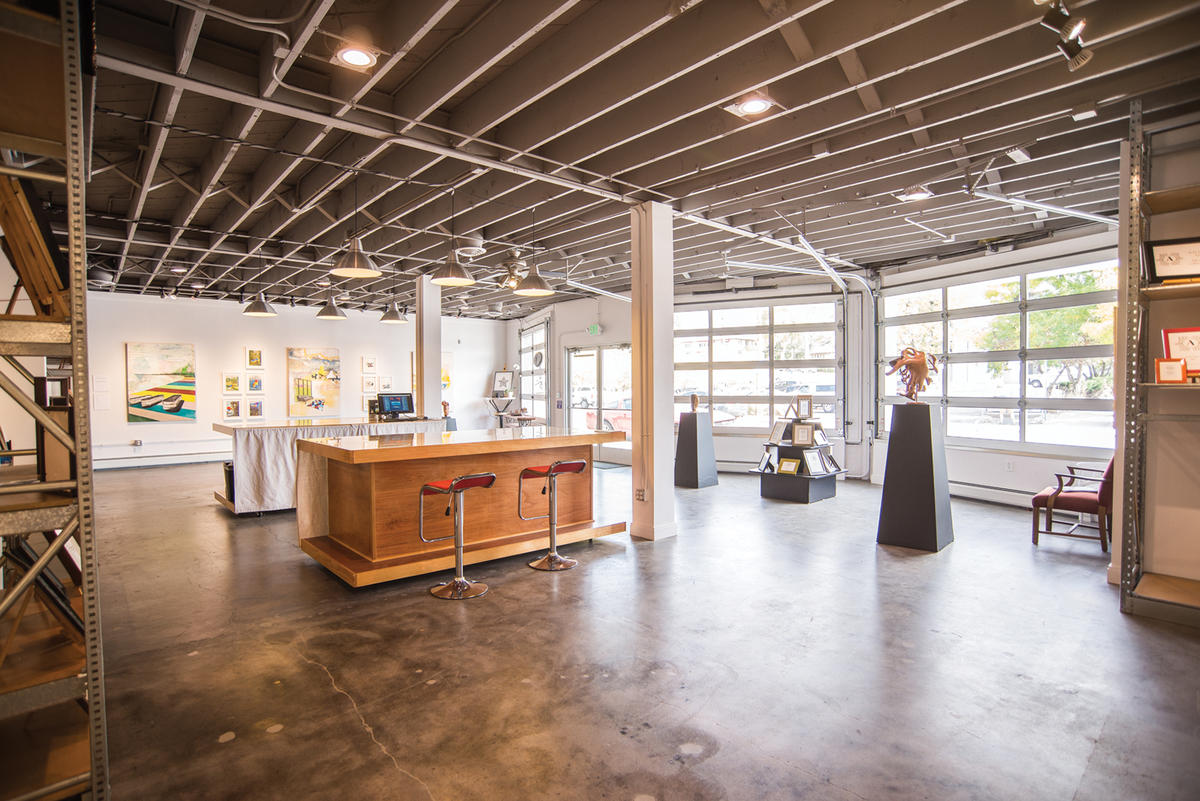 While these moves may sound like banishments, artists and gallery owners are putting a positive spin on their new homes. “Englewood has this amazing thing called free public parking,” says Kendra Custer, who co-owns Anthology with her husband, Zach. But really, artists and gallery owners are simply betting they can again predict Denver’s next hip ’hood. The Custers, for example, hope the development of South Broadway will follow Anthology five miles south to Englewood. And in 2018, an RTD light-rail extension will lead to Ice Cube’s new home in Commerce City, where local artist Jeanie Nuances King and her brother Rick Nuances are building an art-centric development called Concept to shelter studios and galleries. “Artists started calling me up and saying, ‘Jeanie, we have no place to go,’?” Nuances King says. After selling her gallery on Santa Fe this year, Nuances King will start with a 21,000-square-foot building set to open this spring. She’s charging $1 per square foot for the studio and gallery areas, a price Nuances King promises to maintain even in the event of another hipster invasion.