Great Outdoors Colorado (GOCO) has identified the secret to tempting kids away from the PlayStation and back to the playground: Make them the big shots. Funded by the state lottery, GOCO’s School Play Yard Initiative puts students in charge of designing—and then helping construct—their dream playgrounds. Kids submit designs to GOCO, and the nonprofit doles out at least six grants every year, each for approximately $100,000, to the winning entries. “Kids design playgrounds really differently than adults,” GOCO executive director Lise Aangeenbrug says. “They tend to want the more natural features—rocks, water, gardens, and plants.” In three years, GOCO has handed out more than $2.3 million to 23 schools, and this month, six more winners will be announced. 2015’s recipients won’t see their fantasies become realities for two years, but in the meantime, you can check out these sneaker-ready past winners, plus one that’s about to break ground. 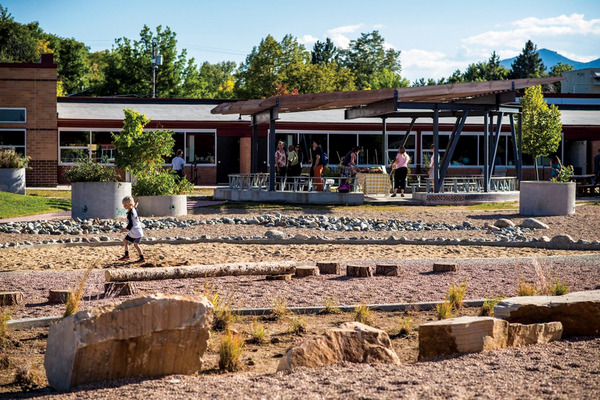 The rundown: If it’s not a shape or creature found in nature, the student designers at Horizons K–8 School left it out. The results: a sand river that winds through the middle of the recreation area for the youngest Horizons K–8 students; for the older kids, a spiderweb climbing structure, giant tree stumps, and log balance beams.

The rundown: As one of 2014’s GOCO awardees, Westgate Community School has spent a year working with local designer Chris Schooler to create plans for its playground’s construction. Westgate’s “ideal” plan centers on the Ewok Village, a nature-based play area with a wood suspension bridge and a 25-foot slide built into a hillside. Beyond that, students also hope to install an outdoor classroom, garden, and zip line. They’ll find out which elements they get to keep when the GOCO committee finalizes the plan this month. 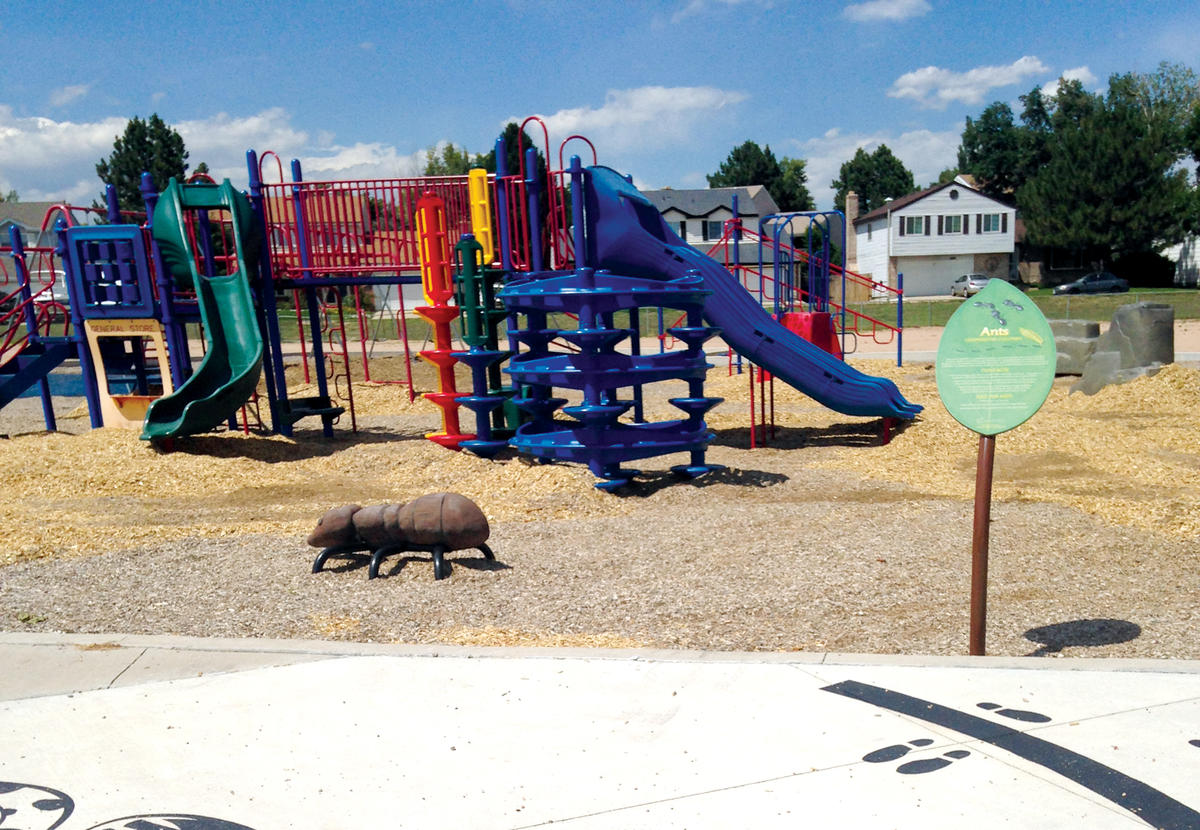 The rundown: The bugs on the African plains aren’t small, so neither are the bumblebees and ants at this savannah-themed playground. The larger-than-life insects stand guard beside a beehive, an anthill, and climbable rock structures. But Thornton’s haven for the six-legged isn’t just for games. Cherry Drive has integrated a teaching garden into the science curriculum, and the school plans to donate fresh produce to the Thornton Food Bank.

The rundown: Peabody Elementary School has developed a blueprint for ensuring that Colorado stays atop the nation’s list of healthiest states: A quarter-mile running path dotted with seven fitness stations traces the perimeter of its overhauled playground and Berliner rope climbing area. The improved space also aims to help students flex their gray matter with a shaded classroom space that will double as a farmers’ market when the school’s garden is ready for harvest.